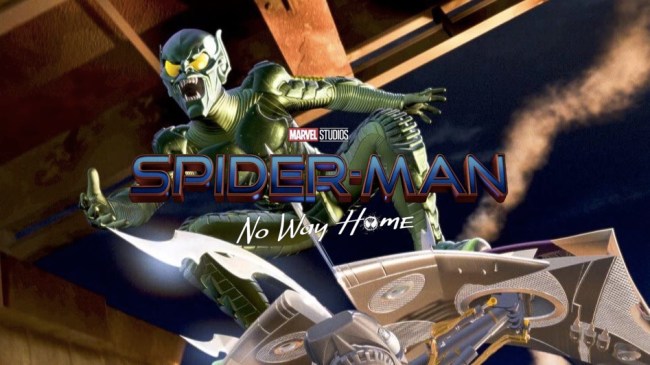 Late last month, we brought you a rumor that suggested not only would Willem Dafoe’s iconic Norman Osborne/Green Goblin appear in Spider-Man: No Way Home but that he’d also be the film’s main villain.

According to the rumor from Collider’s The Sneider Cut podcast, Green Goblin is one of six villains in No Way Home and the film’s title is in reference to the fact that these various Spidey villains from other dimensions have, well, no way home.

Regardless of what role he ultimately plays, given that the likes of Alfred Molina’s Doc Ock and Jamie Foxx’s Electro were already confirmed to appear, it stands to reason that Dafoe’s Green Goblin would follow suit.

During a recent interview with Collider, DaFaoe was asked about what films he has coming up this year, which coaxed an eye-catchingly cryptic response out of him that sure sounds like he’s trying to keep Spidey secrets: “The other things [movies] I’ve been doing lately, I prefer to wait till we’re ready for them to come out.”

He talked about how he filmed "Inside" then said "The other things I been doing lately I prefer to wait till we're ready for them to come out" pic.twitter.com/TOlmRkrOIi

With Spider-Man: No Way Home set to release in just six months, marketing for the film will likely kick off any week now. Black Widow is set to hit theaters on July 9, so perhaps the first trailer for the new Spider-Man is attached to that.

All that said, though, given the nature of these potential iconic Spider-Man returns, there’s no guarantee that characters such as Green Goblin or Doc Ock would even be featured in the promotional material.

Spider-Man: No Way Home will hit theaters in the United States on Friday, December 17.