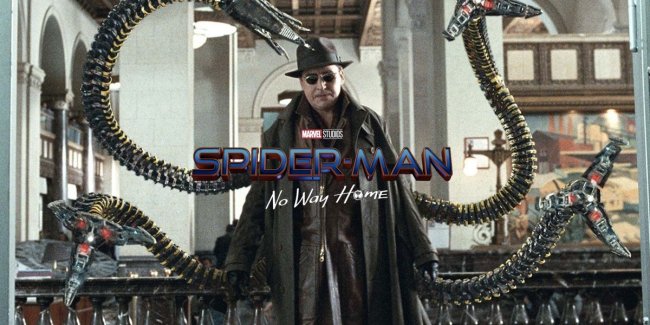 After months of ceaseless rumors and reports, Doc Ock actor straight-up confirmed his appearance in Spider-Man: No Way Home in a tell-all interview with Variety. Just an absolute power move from Molina, too. “Hey Marvel, I know you’ve got all these secretive plans and whatnot, but excuse me while I reveal almost the entirety of the nature of my return as Doc Ock.“

So, what did Molina say, exactly? Well, first things first: he confirmed he’ll be appearing in Spider-Man: No Way Home. While reports of Molina’s casting first leaked last fall (as did Jamie Foxx’s return as Electro), Marvel had yet to confirm the casting, likely meaning they were hoping to save the surprise for the trailer reveal, or perhaps even the film itself. So much for that.

RELATED: Is ‘No Way Home’ Spider-Man’s Multiversal Goodbye To The MCU?

Molina didn’t just confirm his appearance, though, as he also detailed the mechanics of the character’s return, both narratively and technically.

“Jon Watts told him Doc Ock’s story from “that moment” in the river, which in a franchise that include multiverses, time-travel and diverging timelines seems plausible enough.” 🍿

“It was wonderful,” Molina told Variety. “It was very interesting going back after 17 years to play the same role, given that in the intervening years, I now have two chins, a wattle, crow’s feet and a slightly a slightly dodgy lower back.”

When the actor asked Jon Watts, the director of “No Way Home,” how the movie would bring Doc Ock back — since, as he pointed out, “I died” — Molina said the director told him, “In this universe, no one really dies.”

In their early conversations, Molina said, Watts told him that the movie will pick up Doc Ock’s story from “that moment” in the river, which in a franchise that include multiverses, time-travel and diverging timelines seems…plausible enough.

Despite his love for the role and his willingness to return, the 67-year-old Molina remained concerned about the actual physical process of stepping back into the Doc Ock claws… until he realized exactly that: the claws do all the work.

Molina’s concerns were more practical. He said that he asked Watts how they were going to deal with the fact that at 67, he’s aged since the 2004 film.

“He just looked at me, and said, ‘Did you see what we did to Bob Downey Jr. and Sam Jackson?’” Molina said with a laugh. In 2016’s “Captain America: Civil War,” Marvel Studios used CGI to de-age Robert Downey Jr. to look as he did in 1991; and in 2019’s “Captain Marvel,” also set in the 1990s, a de-aged Samuel L. Jackson played a younger version of his character, Nick Fury.

Now, I know what you’re thinking: sure, de-aging quality is solid enough when characters are simply conversing, but what about when they’re doing something physical? We all, including Molina, remember how silly Robert De Niro looked during that one “fight” scene in The Irishman. Fear not, says Molina, as the physical requirements of playing Doc Ock and Frank Sheeran couldn’t be further apart.

Molina realized, though, that the nature of the role would save him. “I then remembered that it’s the tentacles that do all the work!”

He sat up straight in his seat. “My basic physical move as Doc Ock, as the actor, is just this,” he said as he glared intensely at the Zoom camera and made a menacing noise. “I just do that a lot, and the arms are doing all the killing and smashing and breaking. I’m just going —” he glared again — “with a kind of mean look on my face. It was fantastic.”

While Molina’s return to the Spider-Man franchise is undoubtedly thrilling — especially considering the multiversal storytelling consequences — there are legitimate concerns from fans that bringing the character back from the dead undermines his heroic sacrifice, and therefore his excellent character arc, in Spider-Man 2. Hopefully, Marvel Studios recognizes that and figures out a way to work the character back into the fold without undoing all of the excellent storytelling from the original, seminal Sam Raimi Spider trilogy.

Spider-Man: No Way Home will hit theaters in the United States on December 17.