The Glass Observation Deck Of Chicago’s Willis Tower Cracked With People Standing On It And NOOOOOOPE! 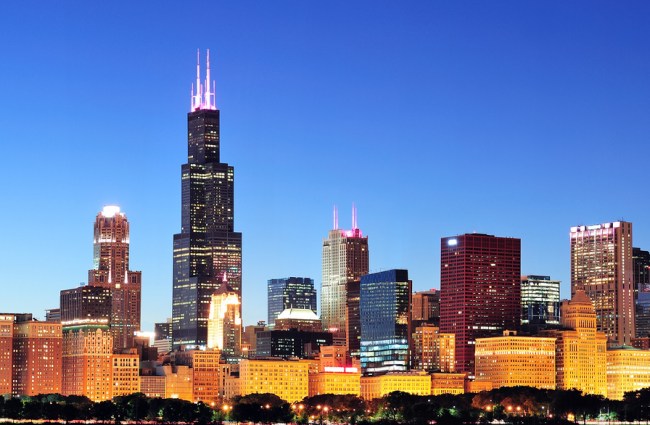 By definition, a phobia is an exaggerated and irrational fear of something a normal person shouldn’t really have to worry about and there are plenty of people out there who are petrified of seemingly benign things that pose no real threat to anyone.

There’s papyrophobia (fear of paper), linonophobia (fear of string), and chorophobia (fear of dancing), the last of which I just realized I might actually have based on my inability to get into the mix at weddings until I’ve gotten the happy couple’s money’s worth at the open bar.

However, I’d argue there are some phobias that are far more justifiable than others. Sure, I don’t routinely encounter venomous snakes and poisonous spiders in the wild but they’re still capable of killing me with a single bite so I’m pretty sure I’m allowed to be afraid of them.

With that said, there aren’t many things on this planet that terrify me more than heights. After all, modern medicine can help you out if you encounter a dangerous animal in the wild but it’s pretty hard to come back from plummeting off of a cliff.

I’m not paranoid to a point where I actively avoid tall buildings but there are plenty of things capable of making my butthole clench just thinking about them, like the glass observation deck at Chicago’s Willis Tower that allows visitors to step out onto a ledge and look down at the streets 1,350 feet below.

I’ve been to the Willis Tower!
Looking down 1,000+ feet #Jeopardy pic.twitter.com/NIE9weQZDj

No thanks. I’m good.

Now, I’m especially good after an incident that occurred earlier this week when the glass flooring of the observation deck cracked while people were standing on it.

According to WTHR, three people were standing on the platform when the supposedly protective glass layer began to shatter and officials say there was no real risk to the visitors (presumably aside from a heart attack).

This apparently isn’t even the first time this has happened, as the glass also cracked back in 2014.

The glass has already been replaced and visitors are free to step back onto it as of today but I think I’ll be skipping this the next time I visit Chicago.