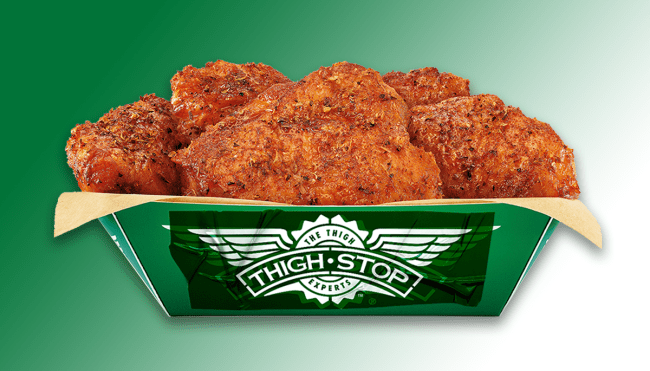 Last March, people raided shelves in stores across the United States to stock up on retroactively laughable amounts of toilet paper, which sparked a temporary shortage that came to an end when the public realized the panic was incredibly overblown.

However, a little over a year later, America found itself facing an infinitely more serious crisis the country is still combating to this day: a shortage of chicken wings.

In April, many restaurants reported they were dealing with a combination of supply chain issues and a spike in demand were making it increasingly difficult to stock chicken wings, which were once treated with the same reverence as feet and gizzards until the good people of Buffalo showed the world the light (with a little bit of help from Frank’s Red Hot).

As a result, purveyors of chicken wings have been forced to raise prices and suggest customers settle for the vastly inferior and erroneously named “boneless wings” in an attempt to combat the issue. Now, Wingstop has swooped in with a Rick Ross-approved solution in the form of “Thighstop.”

The concept (which Wingstop started testing out last year) is pretty straightforward. However, if you need someone to explain it, Don Draper is your man. 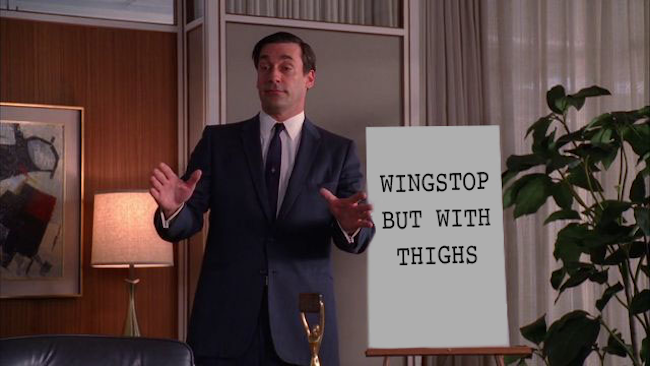 If you’re someone still confused, Thighstop is a virtual kitchen that allows you to adorn crispy bone-in thighs or breaded boneless bites with your choice of 11 of Wingstop’s signature sauces and seasonings and have them delivered straight to your door. That’s really it. Try not to overthink it.

As someone who hopped on the chicken thighs bandwagon years ago and never looked back, I’m very down for this pivot (as long as it doesn’t make millions of Americans see the light and spark yet another shortage I really don’t feel like dealing with right now).