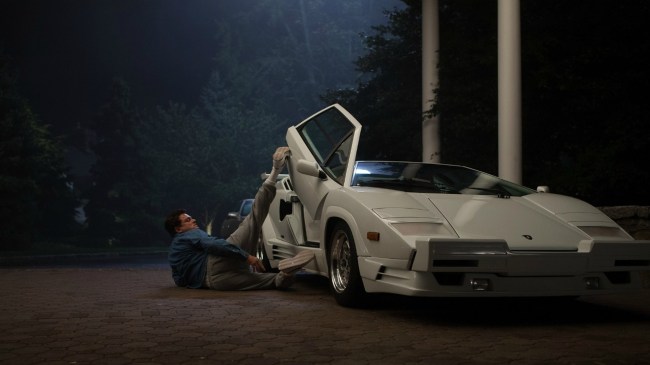 In the movie “Wolf of Wall Street,” Leonardo DiCaprio’s character Jordan Belfort did a lot of drugs. Marijuana, Xanax, Adderall, cocaine, and Quaaludes. There was so much drug use in the “Wolf of Wall Street that Jonah Hill was taken to the hospital for bronchitis after snorting so much fake cocaine that was made out of vitamin powder.

And apparently, Leonardo DiCaprio was unfamiliar with drugs so the real-life Jordan Belfort gave him a free class to the actor on how drugs affect people.

“Leo had never done drugs, so I showed him what it looks and feels like when you are high on quaaludes. I started crawling around. We were both on the floor, drooling. His father walked into the room and asked us what the fuck we were doing.”

Wouldn’t have just been easier to take those drugs to completely understand the effects of them? Not for personal enjoyment of course, but to give a more realistic acting performance for the movie.

Belfort gave up the drugs and has been sober for 20 years after he nearly died from an overdose and having to serve 22 months in prison for stock fraud and money laundering. Belfort admits that he has some regrets after ripping off millions of dollars from innocent people except for two things, “If I could change things so that I didn’t lose people money, I would go back. But I’d keep all the hookers and drugs . . . That was my life.”