Have You Ever Heard A Baby Wolf Pup’s First Howls? Because It’s Louder Than Expected 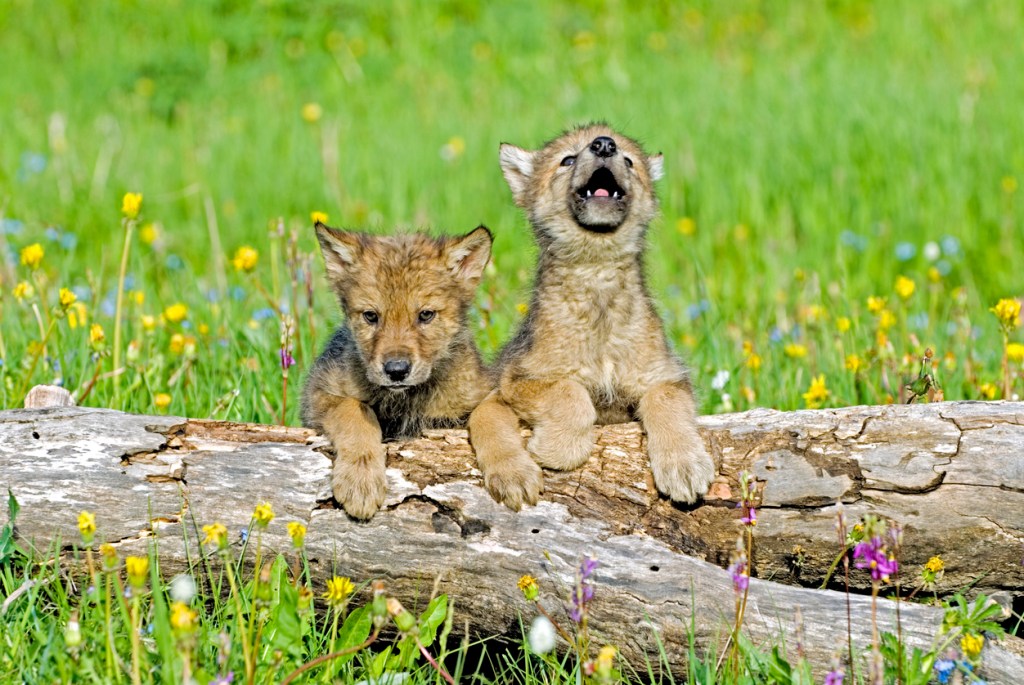 The Voyageurs Wolf Project in northern Minnesota keeps track of young timber and gray wolf pups. They have trail cameras set up all throughout the wolves’ region to track their development.

One of their trail camera captured a wolf pup just a few weeks old emerging from its wolf den and letting loose its very first wolf howl. Wolf pups begin to howl after just a few weeks old. It starts once they’re hearing is fully developed and they first emerge from the den.

This wolf pup might be just 3 or 4 weeks old but it has a powerful howl. It makes the pips and squeaks of a 3-4 week old puppy sound like a cartoon. I’ve never heard a baby wolf howl until now but I certainly didn’t expect it to be as impressive and loud as this. It’s certainly loud enough for the parents to hear if they’re hunting nearby.

Here is that same video but posted on Instagram if you’d rather watch/share there versus on YouTube. And here’s a grizzly bear in Yellowstone battling an entire pack of wolves.

If you are at all interested in the work that the Voyageurs Wolf Project is doing you can click through on their YouTube channel to learn more. They are currently trying to raise money for 120 more trail cameras. The region they’re attempting to keep track of is enormous.

Their Instagram feed is also pretty fantastic for anyone that’s interested in wolves. Recent posts include all sorts of pictures of baby wolves emerging in the Spring along with the fully-grown wolves they keep track of with the project. Here are some recent gems:

I live down in Florida which is about as far as you can be in the USA from wild wolves. While I might think these are some of the coolest animals in the USA I can fully understand why farmers might feel differently. But that was an impressive howl!