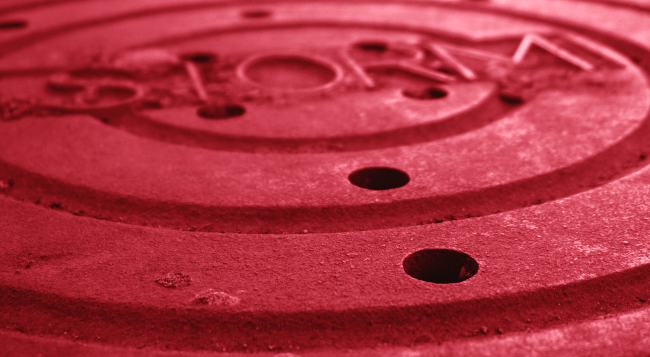 A woman who went missing in Florida for three weeks and was found naked in a storm drain two months ago was again reported missing and ended up being rescued from a storm drain, this time in Grand Prairie, Texas.

Back in March, a 43-year-old woman was rescued from a storm drain in Delray Beach, Florida after being missing for three weeks. She was naked and she had no idea how she ended up there.

Fast forward to this week and that same woman, Lyndsey Kennedy, once again went missing, but this time she was only gone three days before authorities spotted her.

Unfortunately, according to CBS-12 News, “Brady Morgan, Kennedy’s best friend, said Grand Prairie police spotted Kennedy near a creek, but when authorities approached her, she slipped into a nearby storm drain.”

Apparently Kennedy had wandered off from a rehab facility that she had checked into a week prior.

This time, however, her family was able to track her using an app on Kennedy’s cell phone. Perhaps she was just looking for this very good boy.

Family and friends located nearby manholes and the storm drain, dropping bags of food and Gatorade.

On Saturday night, Kennedy’s mother Jane says her daughter climbed out of a 6-foot drain pipe and was transported to a nearby hospital under a psychiatric hold.

According to family, Kennedy suffers from psychosis and PTSD after years in an abusive relationship. Her mother Jane said back in March that Kennedy has a history of “making bad decisions when she is high on drugs.”