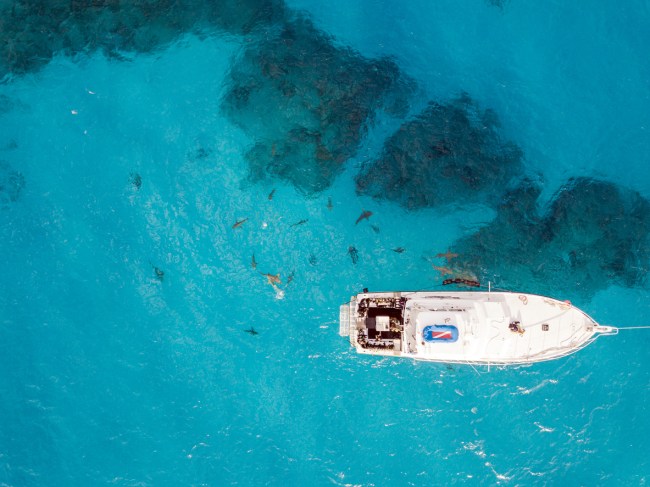 A 21-year-old woman has been killed in the Bahamas after she was attacked by sharks. The American tourist from Torrance, California, passed away after the lethal shark attack.

Jordan Lindsey went to near Rose Island in the Bahamas on Wednesday with her parents and other family members. While she visited the Caribbean island, Jordan went on a boat tour to see wild pigs and to go snorkeling. Around 2 PM, she was swimming and snorkeling when she was attacked by several sharks.

Sharks swam towards the 21-year-old woman. Her parents and family members tried to warn Jordan about the sharks, but it was too late. Officials said Lindsey suffered shark bite wounds on her arms, legs and buttocks. Reports also say that her right arm was severed from the shark attack.

Lindsey was pronounced dead at the Doctor’s Hospital in Nassau, but it was not clear if Jordan died at the beach or on the way to the emergency room.

A California family is mourning and in shock after their 21yo Jordan Lindsey was killed by sharks while snorkeling with her family in the Bahamas. Nassau Police say her parents tried to warn her but she didn't hear them in time. @10NewsWTSP https://t.co/9qzBlCEIqU pic.twitter.com/gH3j9fv9vs

The family has started a GoFundMe page to try to raise money for Jordan Lindsey’s funeral and to have her body transported back to the United States. At the time of publication, the GoFundMe has raised $19,890 of their goal of $25,000.

“Jordan had the most beautiful, gentle soul and she will be missed deeply,” the GoFundMe states.

Jordan was a student at the Loyola Marymount University, where she was a communication studies major.

Jordan Lindsey, 21, who was killed in a shark attack was a student at Loyola Marymount. In a statement, the university said it would honor her memory by adding a plaque with her name to a student memorial located on campus https://t.co/zTi3xF0Pl1 pic.twitter.com/l3I02DQhZu

RELATED: Denver Man Becomes The Latest American Tourist To Die In The Dominican Republic, Death Toll Rises To 14 Since April 2018

The Bahamas Ministry of Tourism and Aviation sent their “deepest sympathies” to the family in a statement. Officials are still investigating the shark attack death and issued “precautionary advisories to the public.”

The State Department confirmed the death of the American tourist: “We can confirm a U.S. citizen in the Bahamas succumbed to her injuries following a shark attack on June 26.”

In 2018, there were 66 unprovoked shark attacks reported around the world, down from 88 shark attacks in 2017, according to the Florida Museum which tracks shark attacks. There were only four people killed in 2018.