Denver Man Becomes The Latest American Tourist To Die In The Dominican Republic, Death Toll Rises To 14 Since April 2018 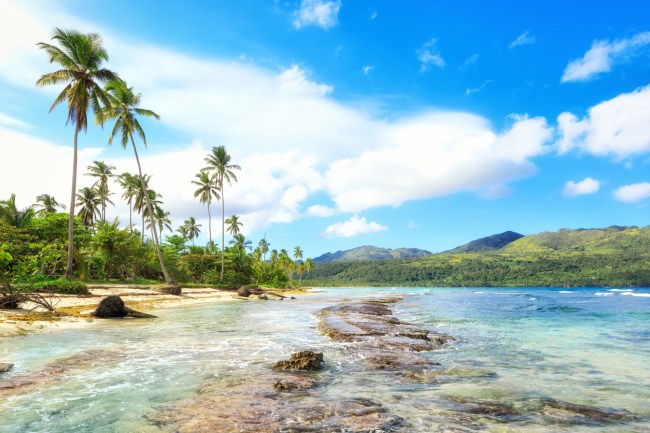 Khalid Adkins traveled to the Dominican Republic last week along with his daughter. On Sunday, he attempted to get on a plane back to the United States but he was noticeably sick. Adkins was dripping with sweat and vomited in the plane’s bathroom. The plane’s staff decided that Adkins was not healthy enough to continue on the flight.

He sent his daughter back to Denver, Colorado, but Khalid stayed in the Dominican Republic. Adkins was hospitalized in the Dominican capital of Santo Domingo. Khalid’s sister-in-law, Marla Strick, spoke to FOX31 on Tuesday and said: “They transferred him to Santo Domingo and [said] that his breathing is really bad and that his kidneys were failing.”

“He said his leg started to swell and that’s why he couldn’t get up. And he started sweating and vomiting. He is just yelling and in pain, so he couldn’t talk to me,” Strick said on Tuesday. Many of the other people who got ill and died in the D.R. also were sweating and puking.

The hospital allegedly offered Adkins’ family to find dialysis in Santo Domingo or take him to the U.S. by way of an air ambulance, which costs an estimated $20,000.

On Wednesday, Khalid’s family announced that he had died. Authorities at the hospital told the Adkins’ family that Khalid died of kidney failure. But the family admitted that they had difficulty communicating with the staff at the hospital.

The Adkins family did not reveal Khalid’s age or if he was staying at a resort in the Dominican Republic before he died.

The FBI is working with Dominican authorities to attempt to see if there is a correlation between the American tourist deaths and if so how do they stop it. They’re currently doing toxicology tests, but it can take up to 30 days to get the results.

The Dominican Republic’s top health official Rafael Sánchez Cárdenas said that there is no correlation between the deaths and the tourists are dying from preexisting conditions.

Meanwhile, the numerous amounts of headlines about the rash of deaths in the Dominican Republic are already affecting tourism, which is over 17% of the country’s economy, according to the World Travel & Tourism Council. Approximately 2.2 million American tourists make up about 6.5 million of the total tourists who visit the Caribbean island nation.

You can read the latest news about the ongoing situation in the Dominican Republic HERE.