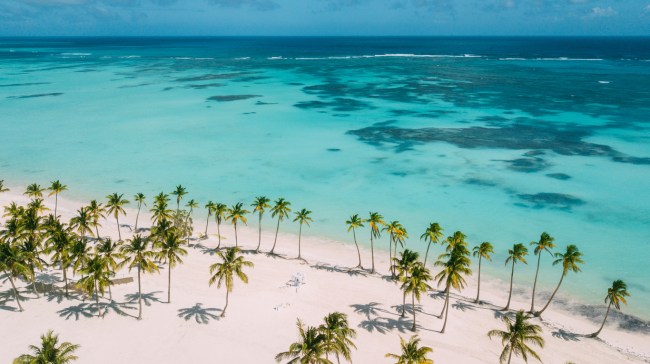 Two more American tourists have died in the Dominican Republic under suspicious circumstances. A 38-year-old mother of four and a Long Island pizzeria owner died in the Caribbean country during their vacations.

Vittorio Caruso took a trip to the Dominican Republic this month, but suddenly died. The 56-year-old Caruso was found dead at the Boca Chica Resort in Santo Domingo on June 17. Caruso’s death was confirmed by the U.S. State Department.

According to Caruso’s sister-in-law, Lisa Maria Caruso, Vittorio suddenly went into respiratory distress after “drinking something.” Caruso’s older brother, Frank Caruso, said Vittorio was “very healthy” when he left for the Caribbean vacation.

“He went to the doctor before he left, and he had no problems,” Frank Caruso said. “I spoke to the doctor. He called me when he found out he died, and he said he did not see anything wrong before he left. He could not believe the news.”

Caruso said his brother was single and co-owned Vittorio’s pizzeria in Glen Oak with one of his five siblings before selling the business about two months ago. He traveled regularly to the Dominican to stay at his time-share condo.

“This is not normal. We are very suspicious,” Frank told The New York Post. “We think maybe there was something in his drink or in his food.”

Caruso’s family said Dominican authorities provided vague answers about Vittorio’s mysterious death. “It is very hard to get a straight story from anyone there,” Lisa Maria Caruso said. “They even wanted to cremate the body. We insisted on having the body sent back here.” Several other families of loved ones who died in the Dominican Republic also said authorities urged them to get the bodies cremated on the Caribbean island instead of being shipped back to the United States.

Donnette Edge Cannon from Queens, New York, traveled to the Sunscape Bavaro Beach Punta Cana on May 14 with her sister, brother-in-law and their niece. On the last day of their trip, they all went on a dune buggy ride and then went out for dinner.

“We danced and laughed all the way back to the room,” Donnette’s sister Candace Edge Johnson told the New York Daily News. “That was the last time we saw her well, until she woke up (in the middle of the night) and started throwing up.”

Johnson and her husband had to catch their flight, but visited Donnette before they left the Dominican Republic and her condition was worsening. Cannon died at a local clinic.

“You go on vacation and you think everything is going to be good,” Johnson said. “And you check out, and everything just goes awry. We were in shock from then until we saw other cases and we thought, ‘Something is not right.’”

Because of the recent headlines about the resort deaths in the Dominican Republic, the family of Donnette Cannon got suspicious of her death.

Donnette’s family knew that she had diabetes and she underwent dialysis treatment in the past, but Johnson claims her sister’s condition was under control.

“They did the autopsy, they said it was renal failure,” said Johnson. Renal failure is kidney failure.

“We were OK with that until we started to see these stories come up, And we were kind of thinking, ‘What made her sick?’”

For some reason, it took a month for Donette’s family to get her body back to the United States, which cost $1,000. To make matters worse, the hotel charged the family $200 for an extra night’s stay.

“Sunscape takes the safety and security of every guest seriously,” the resort’s former parent company said in a statement Friday.

John Corcoran, the 64-year-old brother of Shark Tank star Barbara Corcoran. Corcoran’s death is not believed to be related to the other deaths because he was not staying at a resort and had a history of heart issues.

You can read more news about the developments in the Dominican Republic HERE.