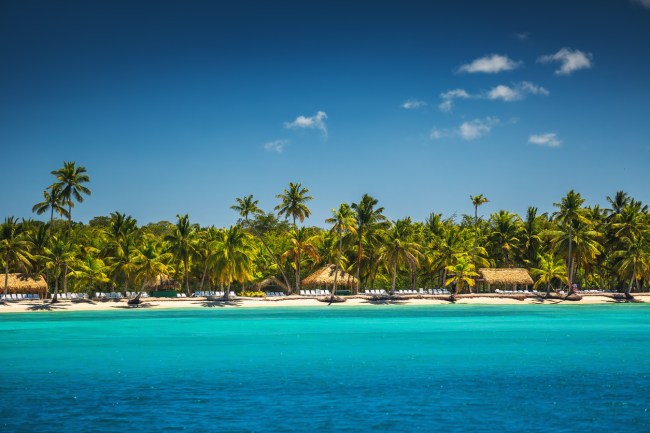 Three more American tourists have died in the Dominican Republic under mysterious circumstances, adding to the already-high death toll in the Caribbean country.

Susan Simoneaux had just gotten married to Keith Williams last month and they were spending her honeymoon in the Dominican Republic. The Lousiana newlyweds were enjoying their “trip of a lifetime.” Then three or four days after they returned to Louisiana, the 59-year-old Susan was rushed to the hospital.

Simoneaux died in New Orleans on Tuesday and she was said to have fluid in her lungs. Yet another American who died from a suspicious respiratory ailment.

Keith Williams was unaware of the string of American tourist deaths before he went to the Dominican Republic. “I would have never went if I would have known,” Williams told WWLTV. “I did not know, to be honest with you.”

Because of the news of the recent rash of D.R. deaths of American tourists, two more families have come forward with their stories of loved ones who died under suspicious circumstances in the Dominican Republic while on vacation in recent years.

Chris Palmer was a 41-year-old Army veteran who previously was a timeshare salesman and scuba diving instructor in Mexico. He traveled to the D.R. to explore the possibility of working in the Dominican Republic.

Palmer was staying at the Villa Cocotal Palma resort in Punta Cana. Palmer started feeling ill and experiencing a terrible headache. Chris Palmer was found dead in his hotel room on April 18, 2018. Dominican Republic authorities said Palmer aspirated on his own vomit.

The death certificate said Palmer suffered pulmonary edema, which is fluid in the lungs, and the official cause of death was a heart attack. This is exactly the same cause of death of many of the American tourists in the Dominican Republic. However, Palmer was only 41-years-old and was a scuba diving instructor, which you generally need to be in somewhat good physical shape to do so.

The family of Chris said Dominican authorities pressured them to cremate Palmer’s body, which echoes similar experiences of other American families who had a loved one die in the Dominican Republic.

“As soon as he died, I wondered if he was poisoned, if he was drugged,” Bernadette Hiller, Palmer’s one-time girlfriend who remained a close friend, told Fox News. “He was healthy as a horse.”

Hiller could not verify if Chris had consumed drinks from the hotel bar or the minibar.

“We are devastated and are seeking answers,” said Hiller, who dated Palmer for about 10 years. “This was so sudden and unexpected. This has been a nightmare for his family.”

Barbara Diane Maser-Mitchell died on September 17, 2016, in the Dominican Republic. Her family is coming forward now because her mysterious death is eerily similar to the current string of deaths on the Caribbean island.

Maser-Mitchell is a 69-year-old retired nurse from Pennsylvania who was staying at the Excellence resort in Punta Cana. She made the trip to celebrate her birthday with her son and his longtime girlfriend Terry Mackey.

Barbara had cocktails on the second day on vacation, but soon felt ill and went back to her room. Barbara never showed up for breakfast the next morning. Barbara was found in her room in bad shape and was taken in an ambulance to the local hospital. During the drive, Barbara suffered cardiac arrest and she later died.

“I was sitting in the ambulance with her, holding her hand the whole time,” Mackey said. “The hospital personnel were not kind or helpful.”

Mackey said Maser-Mitchell drank in moderation and never overindulged. “In the 15 years I knew her, she never suffered aftereffects,” Mackey said of Barbara’s health. Maser-Mitchell had a medical exam and was cleared to go on vacation according to Mackey.

When Barbara Diane Maser-Mitchell’s body arrived in the United States, it was said to be in such poor condition that a viewing was not possible.

The U.S. State Department has confirmed the deaths of Palmer and Maser-Mitchell.

John Corcoran, the 64-year-old brother of Shark Tank host Barbara Corcoran. Corcoran’s death is not believed to be related to the other deaths because he was not staying at a resort and had a history of heart issues.

Several of the travelers who died had a cause of death of a heart attack and/or pulmonary edema. Dominican authorities claim that Cynthia Day died from “shock” of seeing her fiancé die.

Officials from the Dominican Republic are scheduled to hold a press conference on Friday to address the deaths of American tourists.

The D.R.’s Ministry of Health, Carlos Suero, played down the news about the recent resort deaths. “It’s all a hysteria against the Dominican Republic, to hurt our tourism,” the spokesman said on Wednesday.

Congressmember Adriano Espaillat, who serves New York’s 13th Congressional District, said he “will be traveling to the Dominican Republic on July 1st and will sit down with tourism leaders and government officials to discuss the recent deaths of American tourists.”

***Breaking News*** As the first and only Dominican-American to serve in the U.S. House of Representatives, I will be traveling to the #DominicanRepublic on July 1st and will sit down with tourism leaders & government officials to discuss the recent deaths of American tourists.

Read more coverage about the American tourist deaths in the Dominican Republic HERE.