Woman Goes Around Licking Everything In A Grocery Store, Claims It Boosts Her Immune System 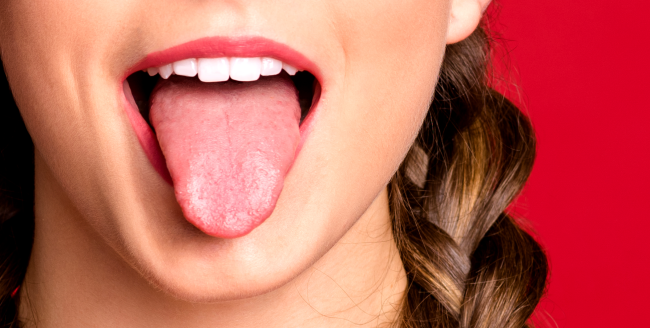 In case you were born yesterday, here’s a little bit of advice: don’t take health tips from random people on the internet. It doesn’t matter if it’s gone viral or how many views it’s gotten. It’s just a bad idea.

Case in point, a woman named Jodie Meschuk, a blogger who believes vaccines cause autism, filmed herself walking around a grocery store licking produce bags, door handles, her shopping cart, and pretty much anything else she can get her hands on in the building.

Why on God’s green Earth would a person do such a thing? And then publicize it?! Even Ariana Grande would not approve of such shenanigans.

Unfortunately, that claim has been proven to be incorrect, by science.

Related: TikTokers Eating Frozen Honey Has Garnered Hundreds Of Millions Of Views While Experts Warn Against Doing It

Also unfortunate are the numerous batsh-t crazy captions Meschuk uses all over her video like “not law,” “oxygen and smiles are life,” and “terrain baby.”

“Be Free!” she writes at the end of her video. “Love Over Fear.”

Naturally, Meschuk’s video, which made its way to Reddit, was not very well-received by numerous people who didn’t appreciate her effort at educating the general public that licking everything in a grocery store is not bad for you, but in fact good!

“What a horrible, stupid person, and a terrible mother,” wrote Redditor Bayinla.

“Is she having her kid film that???? What a great example she’s setting for him…she’s disgusting,” commented Jeffthedrunk83.

“There are literally people out there like this that film this sh-t thinking they’re doing the lords work and it’s hilarious. Karma do be a b-tch,” commented H2Joee.

Last year, a woman in California was charged with felony vandalism after being accused of licking $18,000 in merchandise at a Safeway supermarket making it unsellable because of cross-contamination.

Prior to that, a woman was arrested on charges that she purposely coughed on $35,000 worth of food at a Pennsylvania grocery store. The food had to be thrown out.

In the St. Louis area, a man was arrested after police say he filmed himself licking items at a Walmart and was charged with making a terrorist threat.

So when is Jodie Meschuk going to be charged?