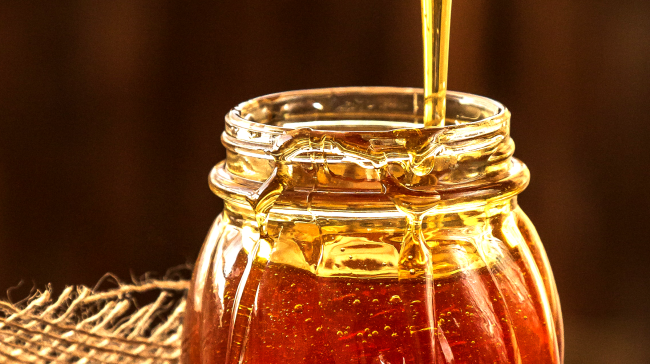 TikTok has become a tremendous source of entertainment and information over the past couple of years.

On the flip side, TikTok has also become a source of dangerous viral fads and misinformation that threaten the safety of people, especially kids, who are more susceptible to participating in a trend that could harm them.

Related: Dentists Say You Should NOT Use A Mr. Clean Magic Eraser To Whiten Teeth After TikTok ‘Tip’ Goes Viral

One such trend, called the #FrozenHoneyChallenge, and its associated hashtag #FrozenHoney has taken TikTok by storm, being viewed over 700 million times.

The #FrozenHoneyChallenge involves freezing a water bottle filled with honey, squeezing out the contents, and taking a big ole bite of frozen honey.

According to NBC News, “It’s unclear where exactly the trend originated. It has been a staple of YouTube channels devoted to autonomous sensory meridian response, also known as ASMR, in which content creators eat frozen honey to create sounds that some people find relaxing.”

The #FrozenHoney TikTok video below has been viewed over 21 million times alone.

Unfortunately, as we have seen in the past with numerous other TikTok trends, participating in the #FrozenHoneyChallenge can result in some rather painful side effects.

“Honey is great, but having it in small amounts to sweeten is really a healthy relationship with food, and using it to get a lot of followers and a lot of attention and having it in excess amounts is crazy,” said Kristin Kirkpatrick, a registered dietitian at the Cleveland Clinic.

Ingesting large amounts of honey all at once can result in diarrhea, stomach cramping, bloating, and other gastrointestinal distress.

There is also a small risk of botulism for those who attempt the trend using raw honey.

“I worry about kids’ going on TikTok to get their information and then following the latest trend and not tuning in to their own, internal stomach,” said Lisa Young, an adjunct professor of nutrition at New York University. “If you try this trend once in a while and you get a stomachache — just because everyone else is doing it — be independent and you don’t have to do it, either.”