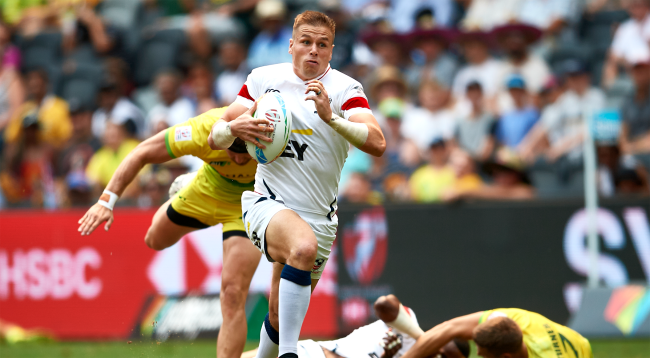 One of the nice things about social media platforms such as TikTok is the fact that athletes can now transport fans to places that in the past would have never have been seen.

A perfect example of this is what is taking place with the Tokyo Olympics as numerous athletes have shared behind the scenes looks at the events and other experiences.

Team USA rugby player Cody Melphy is one such athlete who has been using TikTok to give fans a peek behind the curtain.

In a TikTok video that has been watched almost 19 million times, Melphy takes fans on a tour of the Olympic Village located in Harumi, an island district of Chūō in Tokyo.

He then shows where the thousands of Olympic athletes dine 24/7 with over 700 meal options available complete with a free Coca Cola machine.

As the tour continues, Melphy shares a peek at team rooms, the on-site laundry service, the bus station that moves the athletes around the complex, some of the autonomous cars that are also used to shuttle people from place to place, and what security looks like for the competitors.

In addition to all of that, Melphy shows off some of the landmarks around the Olympic Village such as the Rings, the Boulevard of Flags, and the incredible views from the residences.

His TikTok account, however, is where Melphy has been blowing up on social media, and with good reason…

Have you heard about these in the ##olympicvillage ? ##tokyo2020

Reply to @joe.yoshida5 do we hang out with other countries? ##tokyo2020 ##olympics ##tokyoolympics