Woman Poops Her Pants In The Middle Of Marathon – Powers Through To Finish Race, Notches Best Time 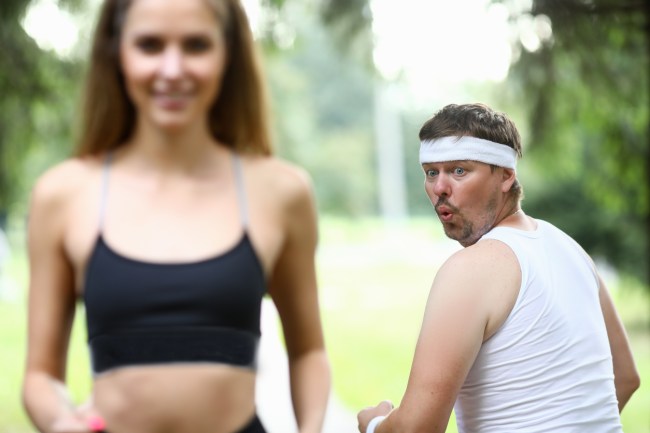 Runners can power through most obstacles while on a marathon. However, one runner suffered a particularly messy situation that would have sidelined a majority of runners and prevented them from finishing a marathon. Tamara Torlakson is a trooper. A pooper trooper – if you will. During a marathon, Torlakson had to poop but she powered right through – and not only finished the marathon but also posted her best time. Legend.

The year was 2018; the event was the Mountains 2 Beach Marathon – which starts in Ojai, California, and ends in Ventura. Torlakson was participating in her sixth race of 26.2-mile distance and her first since having a baby. She was confident in her training and felt she was going to wipe out the competition, possibly even finish #2.

“Training was going really well, I knew I was in really good shape,” Torlakson told Insider.

Then the unstinkable happened – Tamara had an accident that would stall her.

Around mile 13, nature called. While on pace to set a personal best, Tamara had to poop.

RELATED: Why Running Makes You Have To Poop

“I thought, ‘I don’t know if it’s possible to poop while running, but I will try,'” Torlakson said. “I didn’t want one poop to mess it all up.”

The bowels of the then-31-year-old betrayed her. Mid-marathon, the runner was the victim of a shart attack.

Without missing a stride, Torlakson released all that was holding her back. “It just came out and I felt a lot better,” she said. I think we can all agree with Tamara.

There are unconfirmed reports that Torlakson was wearing Puma pants.

Flush with enthusiasm and empty bowels, Tamara continued her movement.

Torlakson told the outlet that she didn’t believe anyone noticed her soiled drawers, but even if they did she “didn’t give a sh-t.” Well said. She added that “marathoners don’t judge.” Who amongst us haven’t pooped our pants before?

When she neared the finish line, Tamara – as though she was a 3-year-old – triumphantly announced to her friends, “I pooped my pants!”

Tamara did her duty and finished the marathon, which is pretty impressive since the only marathon you finished while having a load of crap in your pantaloons is a Squid Game marathon.

In the end, Tamara finished the marathon in three hours and seven minutes – her fastest marathon by one minute and 20 seconds. Oh sh-t.

“Torlakson quickly hit the medical tent for baby wipes and cleaned up in a Porta Potty,” the outlet reported. Baby wipes are so key.

Torlakson deposited an important update on her Instagram regarding the poop run.

Torlakson furnished a critical clarification on the classification of feces that she ran with on that fateful day.

There you have it, the fake news media strikes again.

RELATED: A Marathon Runner Who Pulled Over To Take A Dump 18 Miles Into US Olympic Trials Still Finished 6th Overall