Someone Dropped $12,000 On The World’s Largest Dorito But You Can Get One For Free 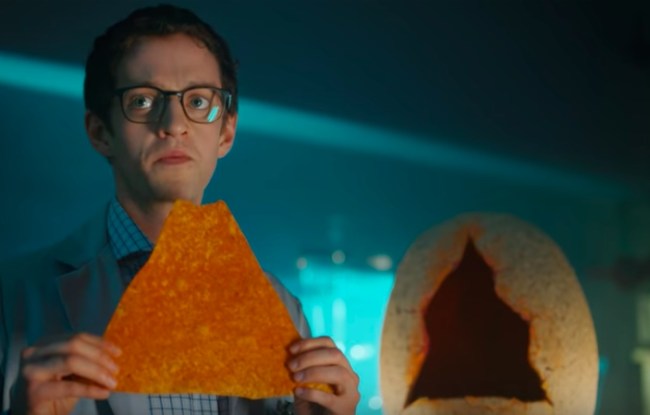 I don’t remember exactly how I ended up in this situation, but I once found myself at a charity auction hosted at an uncomfortably stuffy estate in the heart of New England. You know the show Storage Wars? It was like that only the exact opposite.

I spent most of the night feeling underdressed despite having a suit on while watching people overbid for the various items available in search of a sweet, sweet tax write-off. I also got to experience what its like when someone spends as much as you make in a month to have dinner with a councilman. Not so fun!

If you’re looking for a similarly humbling story to knock you down a few pegs on this beautiful Friday, then I have some fantastic news. According to Esquire, the largest Dorito ever made recently went up for auction to benefit the Red Cross and when the cheese dust had finally settled someone had bid $12,000 for the chip (I can only imagine how much more it would have fetched if it was Cool Ranch).

The “Jurassic Dorito” was one of 100 made to commemorate the release of the newest Jurassic Park movie.

If you’re looking to get your hands on a comically oversized tortilla chip but don’t exactly have that much cash on hand, you still have a chance to get one of your own.

Doritos will be giving away some of the chips (which come in an egg encased in a metal box) and all you have to do to enter for a chance to get one of your own is to tweet at them. It looks like it’s time to fire up some of my burner accounts.