Feast Your Eyes On The Largest Single Firework Ever: A 2,797-Pounder Shot From A 26-Foot-Long Mortar 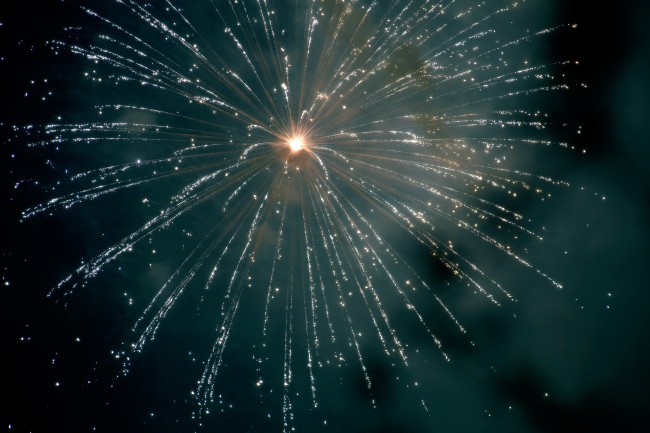 Just like every other red-blooded American, I love me some fireworks. The best 4th of July I ever had was about 5 years back when I managed to time it right so I saw fireworks shows on Friday, Saturday, and Sunday night as I was in upstate New York fro the weekend and then back in the city on Sunday for the Macy’s 4th of July Fireworks Extravaganza. That’s fucking LIVING for me and I’m not ashamed to admit it.

So when I saw the news that a 2,797-pound firework set a new Guinness World Record as the largest single firework ever shot I was stoked to check it out. But I was immediately skeptical that it wouldn’t live up to the hype of being the biggest ever, that I’d be disappointed…I was not.

The 2,797-pound shell flew 2,200 feet (671 meters) into the air before exploding across a diameter that looks roughly the size of an entire damn mountain. This new world record firework weighed 400 pounds more than the previous record-holder, a 2,397-pound (1,087 kilograms) firework that was shot off in the UAE back in 2018.

The 62-inch shell traveled through a 26-foot long mortar before being blasted thousands of feet into the air but it almost didn’t happen because 2-feet of fresh powder dropped on the mountain and made it incredibly difficult to plow the launch area and transport the massive shell weighing over a ton.

Check it out, the largest firework in the history of mankind:

According to CNN, this record-breaking firework has been in the works for years but it exploded too early last year:

Borden told CNN that his team has been working to break the record for seven years and spent thousands of hours building progressively larger fireworks.
The team tried to break the record last year, but the shell exploded too early.
“When you think of it on the physics level, to get a ton of anything up in the air with one explosion takes quite a bit of thinking,” Borden said.

As one of this year’s precautions, the group made a shell casing out of sixty miles of tape.
“It took a month of eight-hour days just to wrap this firework,” Borden said, “Last year, we think the shell might not have been quite thick enough to withstand the burst that sent it into the air.” (via)

It’s pretty great knowing that the world record for the largest firework ever shot off is now held on American soil instead of in the UAE.

I don’t know why this warms my soul but it does.