This Massive Weed Brownie With Enough THC To Get 1,000 People Stoned Set A World Record 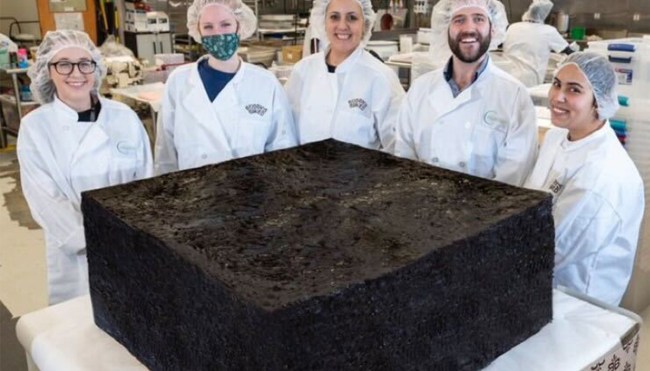 Before we lived in a world where fans of marijuana could get discretely stoned with the help of a vape or the variety of gummies and candies police departments seem to think people would spend their hard-earned money on just to give them away to kids on Halloween, most users who wanted to consume the drug in a somewhat subdued fashion turned to a tried-and-true classic: weed brownies.

The odor that accompanies the traditional process for extracting THC from marijuana by heating it up in butter has always been the riskiest part of whipping up a batch of the treats, but the only real thing you have to worry about once they’re done is failing to stack up on other snacks and inadvertently ascending to another plane of existence because they’re the only thing you have to eat after getting the munchies.

I’m willing to assume there’s at least one person out there who once made their way through an entire tray of weed brownies as a result of that fatal mistake. However, not even a stoned Joey Chestnut would be a match for the Absolute Unit that was recently baked up by a crew of five people at MariMed, a cannabis company that decided to celebrate the launch of its new line of Bubby’s Baked edibles by making the largest weed brownie the world has ever seen. 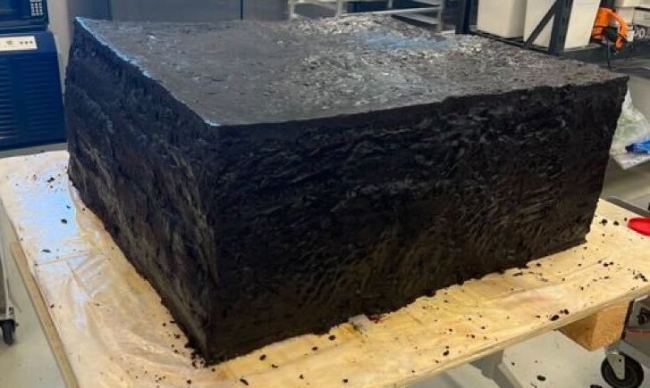 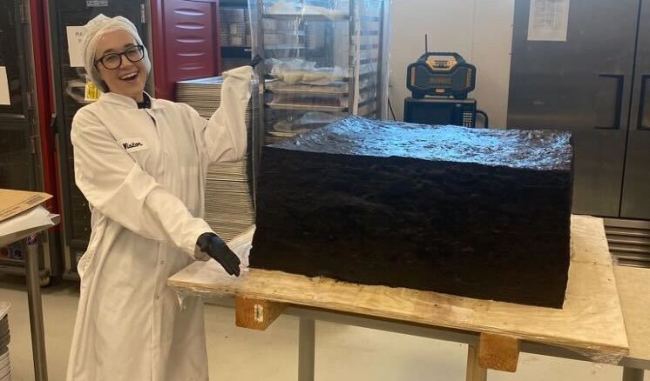 According to TMZ, the 850-pound behemoth was made with 1,344 eggs and 81 pounds of flour and contains a grand total of 20,000 mg of THC (enough to get 2,000 amateurs feeling pretty good and around 1,000 more seasoned veterans have a pretty good time).

While I’d like to tell you one lucky person will get the chance to sit down next to the brownie and go into Bruce Bogtrotter Mode, the company has decided to take a slightly more reasonable approach, as it will ultimately be cut into smaller pieces and distributed to medical marijuana patients in Massachusetts.