Meet The Man Who Invented The World’s First Escape Room 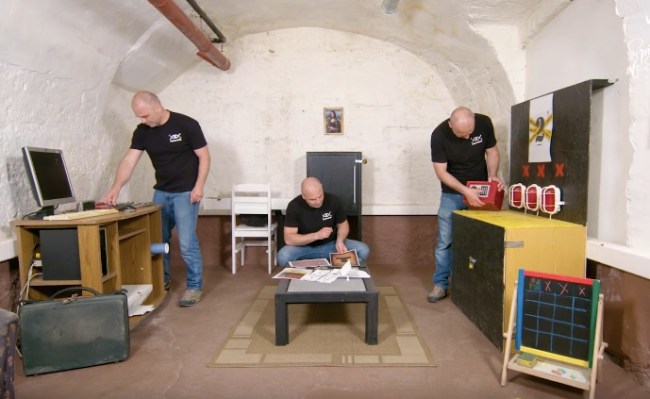 The ‘Escape Room’ has taken off worldwide. It’s a hugely popular activity for families and office groups. It is kind of like the 2018-version of going to the bowling alley, a relatively social activity that requires some skill but you can also just skate by if you need to.

There are over 2,800 escape rooms worldwide but it all started in Budapest, Hungary back in 2010 with Attila Gyurkovics opening the world’s very first escape room. If you’re not familiar with what an Escape Room is it’s exactly what the name implies, a room where the goal is to escape. In order to escape, participants must solve a series of puzzles and put the clues together. They aren’t built to be impossible, and most are designed so that you can escape within an hour.

Here’s Attila Gyurkovics speaking with Great Big Story about creating the world’s first Escape Room and what led him to create this worldwide phenomenon:

I really hope that dude at least got some share of the $$$$$ worldwide before the Escape Room phenomenon blew up. My hunch is that he didn’t, and he’s not a billionaire yet. But with 2,800 escape rooms worldwide I hope he at least got some aspect of the experience trademarked before it blew up internationally.