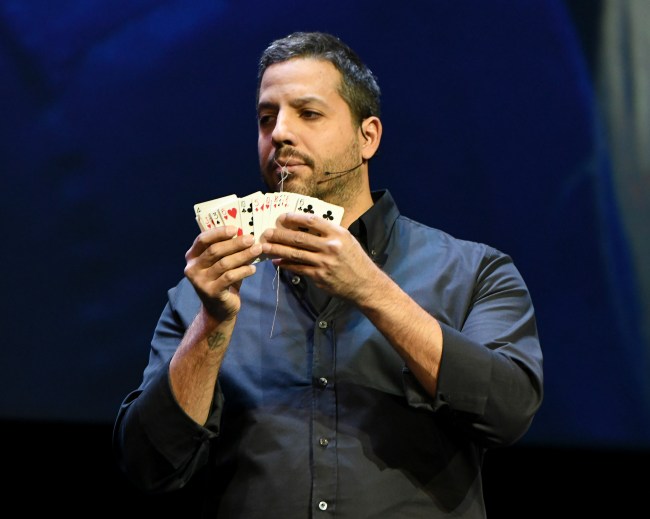 If you were on some sort of game show where the host asked you to name as many magicians as possible in 60 seconds, how many magicians can you realistically name in that time period? I’d probably get David Blaine, David Copperfield, Penn and Teller (do they count as two?), Criss Angel, and Justin Willman but only because I recently watched his Netflix special and loved it (check out this clip).

That’s it. I’m not sure I could name another *living* magician on the planet if you gave me unlimited time. It seems like there should be thousands of “famous” magicians across the world, right? Wrong.

As they do with just about every profession on the planet, Forbes releases a list of the highest-earning magicians each year. A quick perusal of this list shows that there’s an enormously steep dropoff between the top earners and the rest ($8 million for #7 vs $61 million for #1).

Coming in at #1 on the 2018 list is David Copperfield. He’s been the highest-earning magician for pretty much our entire lives thanks to his residency in Las Vegas that’s constantly sold out. I’ve personally never heard of anyone talking about how it’s a great show, a must-see, or anything like that. So while I realize his seats are full every night I don’t understand what makes the show great after decades or why anyone gives a sh*t about this old magician who has been around forever when there are much cooler magicians out there like David Blaine.

I caught David Blaine’s show a few months back and it was obvious that he was putting all of his most absurd illusions together into one show so he could eventually roll out a residency on the Las Vegas strip like David Copperfield and start printing cash every night (like Copperfield). It was awesome. He pulled someone out of the audience to sew his lips shut with a needle. I nearly vomited. If you have the chance to see it then definitely check out his show.

As for who in the Magic world is bringing in the cash, here’s what the 2018 Forbes list of the highest-earning magicians looks like.

7. Derren Brown
Earnings: $8 million
The British mentalist performed more than 100 times in our scoring period, including engagements on the West End and Off-Broadway.

6. Michael Carbonaro
Earnings: $8.5 million
The prankster stars in and executive produces the truTV hidden-camera show, The Carbonaro Effect. But he makes most of his millions from selling out theaters in North America and performing private gigs.

5. The Illusionists
Earnings: $12 million
The touring magic production, featuring rotating casts of magicians, performed more than 350 shows across the globe.

4. David Blaine
Earnings: $13.5 million
The endurance artist more than doubled his earnings thanks to his sold-out North American tour, which featured his most grueling stunts, such as regurgitating live frogs and holding his breath underwater.

3. Criss Angel
Earnings: $16 million
The Mindfreak star makes most of his millions from his Las Vegas residency with Cirque du Soleil, but Angel increased his earnings from last year by touring. (via Forbes)

Side note: Criss Angel was the first celebrity I ever saw in person *in Las Vegas*. It was the week after I graduated college and I went to Vegas to party. We were walking through the pyramid heading to the elevators to head upstairs to some VIP club when I see a guy with pitch black hair wearing a black leather vest and leather pants. I think to myself ‘only in Vegas can a guy get away with dressing like such a complete ass.’

Flash forward to when we’re leaving the club and we’re walking past some gambling tables and I hear an iconic laugh. I recognize this laugh to be Cameron Diaz because this was around the time her career was peaking (Charlie’s Angels movies and all that). I turn around to see her sitting at a table next to her then-boyfriend, Criss Angel, who’s still wearing all black leather and is wearing face makeup like some sort of angsty goth smoking cigarettes behind an abandoned Blockbuster store. That’s when I realized that celebrities can be pretty f*cking weird sometimes.

Moving on to the top two…

2. Penn & Teller
Earnings: $30 million
The odd couple works their magic in Las Vegas five nights a week, but they squeezed in a trip across the pond for a U.K. tour.

1. David Copperfield
Earnings: $61 million
The world’s richest magician played 670 shows at the MGM Grand during our scoring period. (via Forbes)

I’m kind of shocked that the gap between Penn and Teller and David Copperfield isn’t smaller. They sell out every show in Las Vegas, they’ve got a TV show and make appearances in films and other TV shows. They’re household names. It seems like they should be closer to Copperfield despite him owning 11 private islands in The Bahamas where guests can pay to see him perform live instead of in Las Vegas.

For the methodology of this list and more on how these magicians made their money, you can click here to visit Forbes.