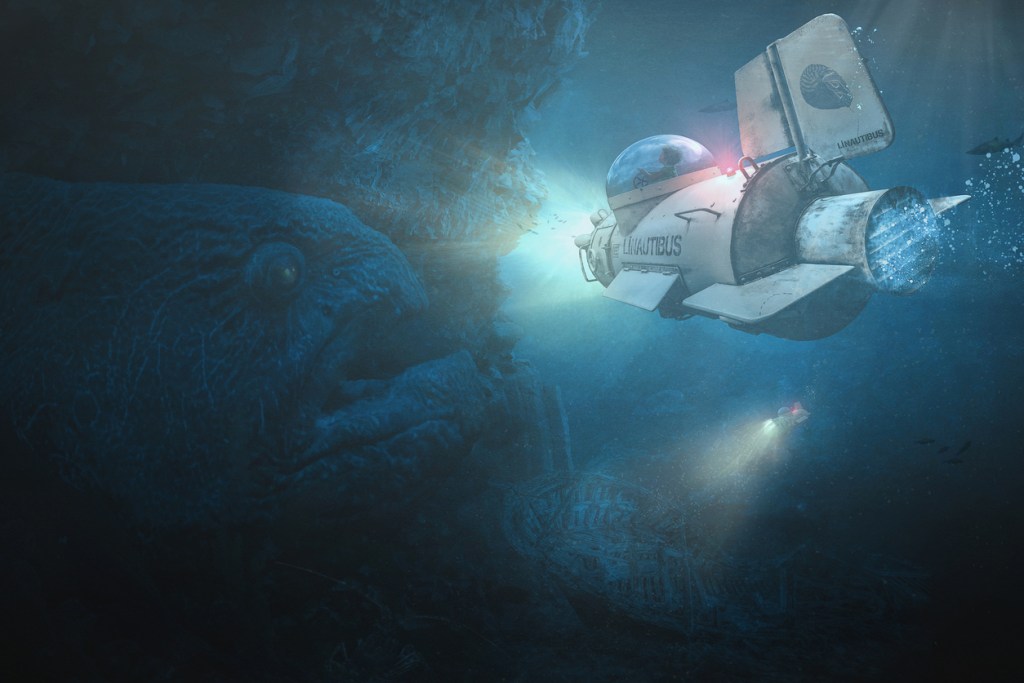 Our oceans are insanely deep and dark and it’s often hard for us to wrap our minds around. After about 200 meters deep (656 feet), there is such little light that photosynthesis is unable to happen. The aphotic zone begins at about 1,000 meters (3281 feet) and light simply does not exist there at all.

It is a land of complete darkness and home to some of the most peculiar creatures on planet earth, most of which are pretty small and highly specialized to live in a world where light doesn’t exist. Until recently, the incredibly rare yokozuna slickhead had only been caught 6 times and was mostly unknown to scientists but it’s believed to be the largest deep sea fish on earth.

Of the six yokozuna slickhead fish previously caught at depths below 2,000 meters (6562 feet deep) the biggest one measured 4.5-feet long. The largest of the yokozuna slickhead fish spotted in the video below is a whopping 8.2 feet or 2.5 meters long which makes it the largest deep sea fish (with bones) on earth. And we have proof of this because a recent expedition captured footage of these world’s largest deep sea fish after they lured them to the camera using bait.

These are indeed some of the strangest creatures ever filmed because they are so foreign in characteristics to everything we as humans associate with fish and with fish that live at that depths.

What are typical characteristics of fish living thousands of feet deep?

First and foremost, what makes the yokozuna slickhead fish so special is that it’s the world’s largest deep sea fish, or largest boney deep sea fish to be more specific. As a comparison, one of the most commonly known species of deep sea fish are the Anglerfish. They’re the ones with the little lantern that they dangle in front of their mouths to try and lure in prey for an easy meal like moths to a light. Most anglerfish are less than a foot long with many measuring as small as 1 to 7 inches.

These yokozuna slickheads are over 8.2 feet long! That’s simply massive for a fish living at that depth because at that size they’d require quite a bit of sustenance to live which means they’d have developed specialized anatomy and behavior for hunting in complete darkness at 1.25 miles below the surface.

Where would one look for the world’s largest deep sea fish if they were on an expedition?

This particular expedition had an idea of where to start looking for the world’s largest deep sea fish (bony fish) and that was in Suruga Bay in Shizuoka Prefecture last Fall. Scientists from Japan Agency for Marine-Earth Science and Technology (JAMSTEC) captured this footage in October 2021 but it’s only recently been shared with the world.

At its deepest point, Suruga Bay in Japan is 8,202 feet deep making it one of the deepest bays on earth. This is only about a 2 hour drive or 2 hour train ride from Tokyo.

I love that one of them tries to take a bite out of the camera int he footage;

I’m not getting the sense that they set out to discover the biggest deep sea fish on earth but they were certainly looking for large specimen and what the ocean delivered exceeded their wildest dreams.

The scientists released a full study of their findings on JAMSTEC which you can read right here.

What a gnarly looking sea monster. The teeth are wild! https://t.co/GJdJDmZGP2