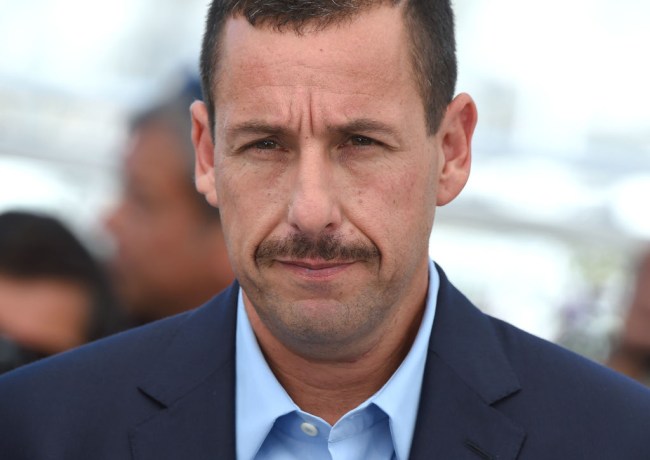 It’s kind of wild to think Adam Sandler was only 23 years old when he joined Saturday Night Live as a writer in 1990, and while that achievement is pretty impressive on its own, it pales in comparison to the absolute tear he went on in the middle of the decade—one that saw him release Billy Madison in 1995 only to arguably outdo himself the following year when Happy Gilmore was unleashed on an unsuspecting world.

As far as I’m concerned, Sandler’s contributions to comedy prior to the turn of the millennium solidified him as an absolute legend. In my eyes, nothing he does will be able to undo his earlier work, but with that said, he seems pretty fucking intent on making me question that stance time and time again.

There was once a time where Sandler could do no wrong in my eyes, and even though movies like Little Nicky and Mr. Deeds weren’t even close to being on the same level as the ones he’d made before them, I was still willing to give him the benefit of the doubt. However, as I grew older, Sandler’s comedy remained as juvenile as it ever was, but unlike Matthew McConaughey in Dazed and Confused, that wasn’t necessarily something I was attracted to any longer.

Do I wish the Sand Man was still pumping out the kind of movies that made me a fan in the first place? Of course, but at the same time, I can’t say I blame him for taking the “convince Netflix to cut you a giant check to make shitty movies filmed in exotic locations that millions of people will still watch regardless of how shitty they are” route.

Sandler has also done what he can to stay in the good graces of people who generally refer to movies as “films” and has delivered some excellent performances after taking on some pretty serious roles—including that of Howard Ratner, the diamond dealer he portrayed in Uncut Gems.

There was plenty of Oscar buzz surrounding the Safdie brothers’ exercise in anxiety last year and plenty of people thought Sandler had a shot at getting nominated for Best Actor. He discussed that possibility with Howard Stern after Uncut Gems came out and jokingly threatened to make an awful movie out of spite if he was snubbed, saying:

“If I don’t get it, I’m going to fucking come back and do one again that is so bad on purpose just to make you all pay. That’s how I get them.”

Sandler was nominated for (and even won) a number of awards but the Academy declined to give him the nod. It doesn’t seem like he’ll actually follow through on his promise but we still have an idea of what the project could look like thanks to the power of the internet.

On Tuesday, a post appeared on Reddit concerning a new Sandler vehicle titled Jacked Up, which you’ve probably never heard of because it’s entirely fictional and the creation of some poor soul who analyzed his entire filmography to identify the most common tropes before typing up an outline for what they claim would be the worst Adam Sandler film ever created:

Adam Sandler plays a personal trainer/shoe salesman named Jack Goodheart who is married to Janet Goodheart (also Sandler, using a very off-putting voice). They travel to an exclusive resort in Costa Rica to attend his 30th high school anniversary during the Fourth of July weekend.

During the event, Rob Schneider (playing a terrorist) and his team of henchmen hijack the event and take everyone hostage, including State Senator Chuck Finley (Terry Crews) and presidential candidate Casey Fitzpatrick (Maya Rudolph). During the melee, Jack and Janet escape, and the two use their past military experience and buff physiques to save the day.

This PG-13 action-comedy ends with a jet ski chase at the hotel’s lazy river pool that circles the hotel.

In addition to the people already mentioned, the cast would feature usual suspects like Kevin James, David Spade, Chris Rock, and Steve Buscemi playing unspecified roles, and the movie—which would be directed by Dennis Dugan—is projected to receive a hefty 6% on Rotten Tomatoes.