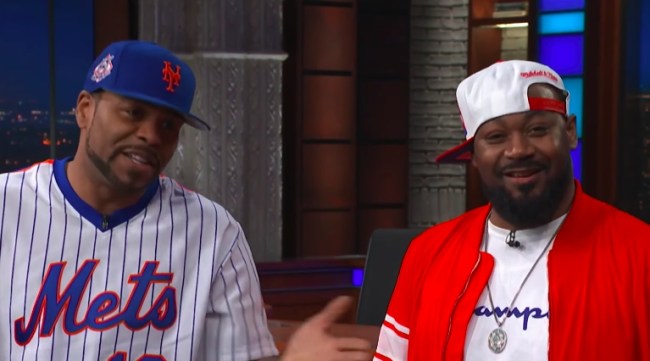 When we last checked in on Once Upon a Time in Shaolin, the one-of-a-kind Wu-Tang Clan album was in the possession of the federal government after being seized in relation to the sentencing of failed evil genius Martin Shkreli, who would’ve gotten away with it if it wasn’t for those meddling law enforcement officers. Plenty of people would love to get their hands on it— including RZA, who attempted to buy it back when the album was auctioned on eBay— but unless a petition to get it released to the general public is successful, it will likely be auctioned off alongside surplus helicopters and luxury cars seized from drug dealers.

However, it’s worth noting there was a seemingly absurd clause in the original contract stating the Clan could team up with Bill Murray at any time to steal the album back, and it doesn’t seem out of the realm of possibility based on how much some members of the group want to get it in their possession. .

Last night, Method Man— clad in a vintage Darryl Strawberry jersey— appeared on The Late Show With Stephen Colbert alongside Ghostface Killah, who rocked some signature Champion gear while the two pled their case that the album is for the people to Attorney General Jeff Sessions (who was unable to appear on the show but was represented by an uncannily identical Keebler Elf).

While they might not have made any real inroads, they did meet an important ally in the green room: former FBI Director James Comey.

When you consider the Wu-Tang Clan was once under FBI investigation for gang activity, I think it’s safe to say things have come a long way. All we can do now is hope Bill Murray is down to join them for the heist of the century.