RZA Said He Tried To Buy The Infamous, One-Of-A-Kind Wu-Tang Clan Album Back From Martin Shkreli 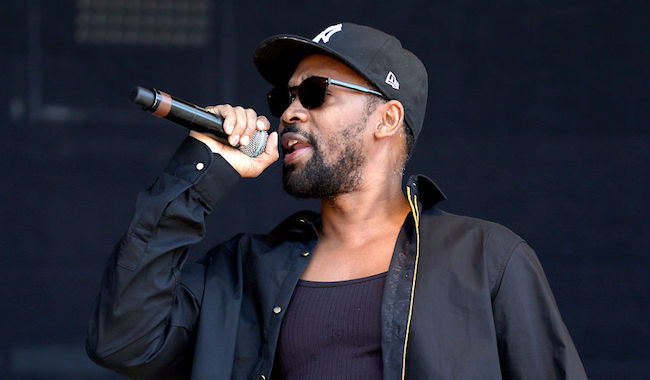 If you’re familiar with the Wu-Tang Clan, then you’re probably aware of the fact that they ain’t nuthing ta f’ wit. This is especially true of RZA, the group’s defacto leader, who is most famous for his production skills in addition to the impressively aggressive delivery of basically every word he speaks into a microphone. It might have been brief, but his appearance on “So Appalled” will always be my favorite part of the track based on the sheer anger he was able to channel in just a couple of bar.

Consequently, I’m pretty sure I would do basically anything RZA told me to do if I ever end up in a situation in life where I’m in that position. However, some people aren’t so easily swayed. This was apparently true of Martin Shkreli, a famed disrespecter of the Wu-Tang Clan who ultimately turned downed RZA’s offer to buy back the sole copy of Once Upon a Time in Shaolin, the infamous album the CEO-turned-convicted felon reportedly purchased for $2 million.

The album has one of the most absurd backstories of all time, with some people claiming it isn’t actually an official Wu-Tang album at all. Shkreli won it for $2 million at an auction in 2015— the same year he was vilified (and eventually arrested) for his business practices. He appeared to sell the album on eBay at a $1 million loss last year, but it was on a list of his assets that were seized by the government following his sentencing for fraud. It will likely be put up for auction yet again (unless the petition to have it released to the public is successful), and there’s a chance RZA could get in on the action based on some recent comments.

While speaking to Rolling Stone, RZA revealed he’d tried to get the album back during the eBay auction, but was told it the agreement the group had with Shkreli made it impossible:

“I’ve actually tried to get it back, but the paperwork and the contract stops me from getting it back. When he put it on eBay, the first thing I did was call my lawyer, and I was like, ‘Yo, let’s go.’ And they said, ‘All right, check with your contract.’ And it’s no, you can’t do it. Ain’t that a bitch?”

RZA says he hopes whoever ends up with the copy makes sure to respect all of the original clauses it came with at auction— including the one that allows him to team up with Bill Murray and steal it back. At this point, that might actually be his best option.