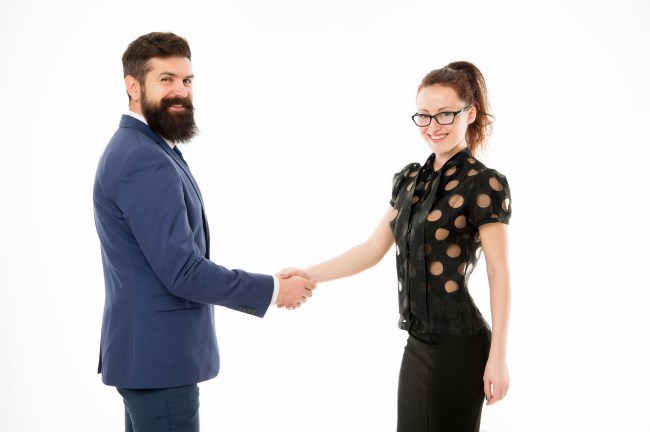 People in China found another way to greet since they can't shake hands.

I love how people can adapt and keep a sense of humor about stressful situations. pic.twitter.com/P8MSfOdJ2H

When life gives you lemons, make lemonade baby. When life gives you an economy-destroying, hysteria-inducing disease, touch feet instead of hands. I’ve been fist-bumping everyone like a damn fool this past week. That’s the pullout method of safe handshaking. Sure, you’ll probably be alright, but a little goo can still drip from his knuckles onto mine and then get to my insides. Fortunately, the Wuhan Shake has come along and we finally have an effective Plan B hello!

I love the double tap. They could have gone one tap, but that’s too simple. The double tap is the proper foot dap. Maybe they one-tap new acquaintances and save the double for true pals. It feels a bit like when European people kiss you on both cheeks. By the way, quick point on that: get that shit out of my face in America. When I come to Europe, I’ll happily engage in your woodpecker dance. But if you’re from Spain and now you’re now here in these United States, leave your weird face games at home. Just hug me, dammit.

Do you think they were inspired more by The Parent Trap or the dance off from House Party?

Probably neither, honestly. Those dudes don’t seem like they have much time for 90’s movies right now.

Anyway, try the Wuhan Shake out! You never know, it might save your life!