Can We All Agree ‘The Year Without A Santa Claus’ Is The Dumbest Christmas Movie Ever Made? 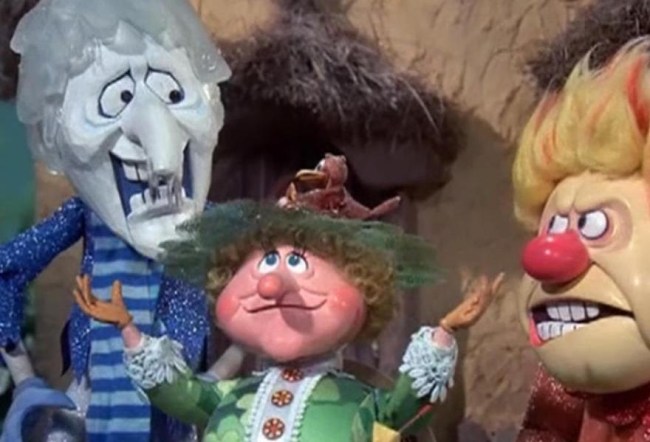 Everyone has a roster of Christmas movies and specials that are considered to be requisite viewing every holiday season. For my family, it was Christmas Vacation, A Christmas Carol, How the Grinch Stole Christmas, and Merry Christmas, Charlie Brown—the last of which is far and away my favorite Christmas special about a kid who is mercilessly bullied over his taste in Christmas trees.

Additionally, we also made sure to watch a slew of Rankin/Bass holiday specials.

For the uninitiated, Rankin/Bass Productions was a company that specialized in stop-motion animation throughout the 60s and 70s. They’re best known for their holiday specials like Rudolph The Red-Nosed Reindeer and Santa Claus Is Coming to Town. If it featured slightly creepy and unsettlingly jittery stop-motion, there’s a good chance the Rankin/Bass team was involved,.

While Rudolph The Red-Nosed Reindeer is the company’s gold standard, my favorite special in the Rankin/Bass repertoire was always The Year Without a Santa Claus.

It’s a simple idea and I like to imagine that in a meeting it was pitched as such:

“What if we did a special about a year without a Santa Claus.”

“Great idea, McClusky. What do you think we should call it?”

“Uh… The Year Without A Santa Claus?”

As the title implies, the special is about Santa Claus falling ill and nearly being unable to perform his Santa-ly duties due to a cold. He’s not hooked up to a ventilator; he’s got a cold. The man works one day a year and wants to phone it in because his nose is running. It’s a bad look, but I digress.

On top of his mild cold, Santa acts a lot like a nihilistic teenager. He thinks that no one believes in him anymore so there would be no point in delivering presents anyway.

The story is pretty thin, and even if you haven’t seen it before, you can probably infer that it ends with Santa triumphantly overcoming his illness and delivering presents.

For me, the overall narrative isn’t what made this special entertaining. What continues to make it entertaining even after having seen it probably two dozen times are the numerous plot holes and examples of lazy or uncreative writing that can be seen throughout the entire special.

One of the main settings is a town in the southern United States where people no longer believe in Santa because it doesn’t snow. Those two things shouldn’t have to be mutually exclusive, but in this case, they are.

The name of this town in the south? Southtown.

So, the reason it isn’t snowing in Southtown isn’t that the town’s geographic location closer to the equator provides more direct sunlight and energy from the sun, thus raising the average temperature. That would be far too simple of an explanation.

The reason is the Heat Miser controls the weather and won’t let his brother, Snow Miser, introduce his brand of cold weather to the people of Southtown. The two bicker and fight with each other constantly. It’s like if Noel and Liam Gallagher could control the weather. Their tunes are just as catchy too.

So let’s recap: Santa is sick and having self-esteem issues. Meanwhile, there is infighting amongst siblings that can control the weather. That’s the gist of the plot.

I know you shouldn’t let real-world logic interfere with what some puppets are doing on TV but there were some things that I’ve just never been able to let go.

One of them has to do with the Dog Catcher.

Two elves, Jingle and Jangle (why think of two names when you can think of one and just switch a vowel?) visit Southtown to find out why the folks there no longer believe in Santa Claus. Instead of buying tickets on Spirit Airlines from the North Pole to Southtown with the company cards, the two elves decide to travel by reindeer and drag Vixen along with them.

Despite the fact that the two are wandering around town in elven garb, Jingle and Jangle decide the biggest threat to having their cover blown is someone seeing Vixen.

However, instead of doing something that would make sense—like hiding the reindeer behind a bush, or stealing the license plate off of someone else’s reindeer— they decide to disguise Vixen as a dog by putting two socks over the reindeer’s ears.

It’s a ridiculous idea, yet the town Dog Catcher — a man whose entire professional life revolves around identifying and catching one species of animal — falls for it.

Shouldn’t some questions have been raised over the fact that this particular dog had hooves? I would have thought somebody back at the office may have said something along the lines of, “Hey there, guy. You might want to take a closer look at that last dog. Something seems off.”

At the very least, he should’ve been suspicious of how this dog’s ears had “Hanes” written on them.

Being incognito seems to be a central theme of The Year Without A Santa Claus. All that Ol’ Saint Nick does to go undercover is put on a hat. When someone asks if he’s Santa Claus, he denies it by insisting he’s simply “Claus” and successfully bets the uncultured denizens of Southtown will take him at his word and assume that’s how people dress in Germany.

The writers didn’t even bother to come up with a pseudonym. They could’ve called him anything. Then the townspeople would be like, “That’s not Santa Claus, that’s Gary” and I’d have no objections.

It’s the lack of effort across the board that I find both refreshing and frustrating year after year. Why come up with clever reasoning for your plot and characters when you can just bulldoze all logic and reason? Why write two songs when you can write one song and change a couple of words?

Am I wasting my time digging into the minutiae of a Christmas special from 1974 geared toward children? Maybe, but that’s precisely what makes me watch it again and again.

Ok, not maybe. I absolutely am wasting my time. But that’s not going to stop me from watching it again next year.