Yeezy Employees Accuse Kanye West Of Preying On Women, Showing Them His Own Personal Adult Film, And More 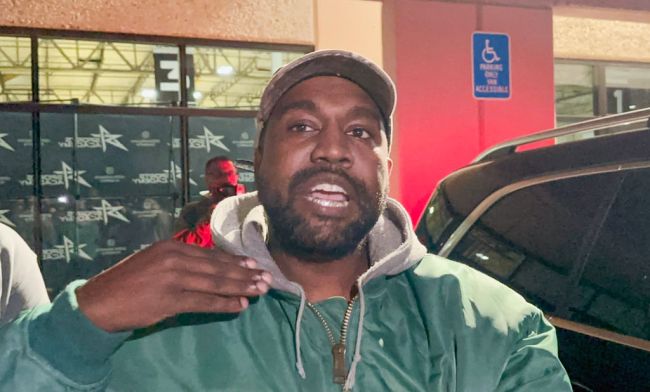 Yeezy employees have sent an open letter to Adidas higher-ups in an effort to further out Kanye West’s “very sick pattern of predacious behavior toward women.”

The open letter — which is titled “The Truth About Yeezy: A Call to Action for Adidas Leadership” and was obtained by Rolling Stone accuses West of showing adult videos, including his own, to staff members during work hours. The letter also claims he’d play adult videos during meetings and would share intimate photos of his ex-wife Kim Kardashian.

In addition to calling out West, the open letter also accuses Adidas execs of ignoring West’s behavior and actions by “turning their moral compass off.”

While Kanye’s pornography displays were far beyond acceptable, ex-staffers maintain that Adidas’ senior executive team overlooked his unprofessionalism. Other alleged incidents and behaviors included Ye playing adult videos in meetings with the excuse that he needed them “in the background to keep [him] focused,” and having “exploded at women in the room with offensive remarks,” including calling an employee a “fat slut.”

“The most troubling behavior that should have been flagged by the executive team very early in the partnership is his manipulative and fear-based approach to leading the team, all while trying to assert dominance over Adidas employees in closed rooms,” the letter stated. [Complex via Rolling Stone]

The Yeezy open letter is just the latest disturbing insight into West’s increasingly erratic behavior. In recent weeks, the 45-year-old Instagram influencer has lost numerous business deals — with the likes of Adidas, Balenciaga, and even his talent agency CAA — as a result of his antisemitic rhetoric. Being dropped by Adidas was a particularly devastating blow for West, as Forbes reported that losing the deal dropped his net worth from over $1 billion to about $400 million.