The First Look At The Epic ‘Yellowstone’ Prequel ‘1883’ Is Here 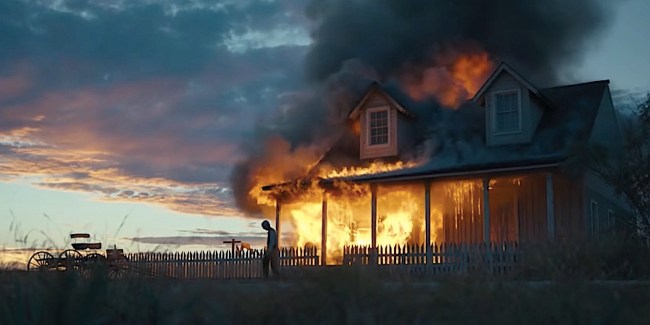 For my money’s worth, Yellowstone is the best show on TV. Sorry, Succession fans, but it’s just the truth (don’t get me wrong, though, I absolutely love Succession). The fourth season just premiered on Sunday night and it was as epic as fans could’ve hoped for as it picked up right where season three’s cliffhanger left off.

If anyone knows that Yellowstone is the best show on television, it’s Paramount Network, as they’ve invested HEAVILY into both the intellectual property and its creator, Taylor Sheridan. Not only did Sheridan create the upcoming Jeremy Renner-starring drama Mayor of Kingstown, but he’s also developed two Yellowstone spinoffs, 1883 and (the currently titled) 6666.

Now, while it’s unclear how 6666 will connect to the original Yellowstone series, 1883 is a direct prequel to the hit show and will detail how the Dutton family came to own their sprawling mass of land.

Here’s the official synopsis for 1883, via Paramount Network:

From Academy Award nominee Taylor Sheridan, co-creator of Yellowstone, 1883 follows the Dutton family as they embark on a journey west through the Great Plains toward the last bastion of untamed America. It is a stark retelling of Western expansion, and an intense study of one family fleeing poverty to seek a better future in America’s promised land – Montana.

1883 will premiere exclusively on Paramount+ — the streamer’s first original series — on Sunday, December 19. Season four of Yellowstone is also currently airing, however, that series is streaming on Paramount Network, which is an entirely different app. Insane, I know.