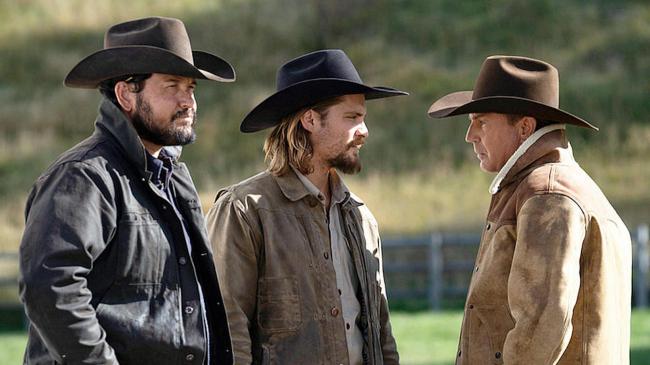 During the extremely cursed year that was 2020, one of my entertainment highlights was absolutely CRUSHING the first three seasons of Yellowstone, which I binged in just about a month. And honestly, it had been quite some time since I fully committed myself to catch up on a series like that — anytime I had a moment to spare or some free time to enjoy, I tossed on Yellowstone. I sure picked a hell of a time to binge-watch, too, as season three of the acclaimed drama ended on one of the biggest television cliffhangers in recent years: an all-out assault on the Dutton family.

The first teaser for season four, which was released in tandem with the unfortunate announcement that the premiere was being delayed from summer to fall (specifically in November, according to Deadline), gives Yellowstone fans our first look at the immediate aftermath of the harrowing season three finale.

Season four will see a number of additions to the cast, as Academy Award-nominated actress Jacki Weaver joins the cast as Caroline Warner, CEO of Market Equities, while Piper Perabo is on board as Summer Higgins, a protestor from Portland. Furthermore, Will Patton (Remember The Titans), the convict revealed to be Jamie Dutton’s real father, has upped to series regular status.

At this time, while season four of Yellowstone does not have a specific release date, it is set to premiere on the Paramount Network this fall.

All three seasons of Yellowstone, which stars Kevin Costner as Montana rancher John Dutton, are currently streaming on Peacock.

RELATED: Take A Break From Your Stress With 40 Minutes Of Peaceful, Never-Before-Seen Dutton Ranch Footage From ‘Yellowstone’