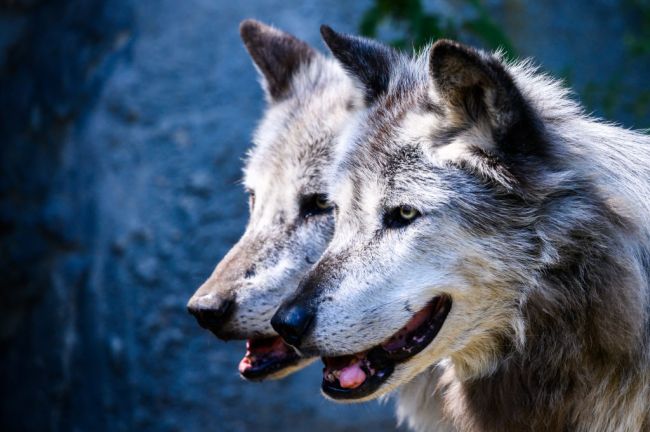 All of the coolest nature videos seem to come out of Yellowstone National Park in Montana and this past weekend was no exception. Guests on a nature tour were witness to a wild predation attempt by hungry wolves on a bison calf.

The video shows wolves from the Junction Butte Pack stalk and spring after a shifty bison calf. Two wolves are in close pursuit of the bison but can’t quite seem to catch up.

As the calf cuts back and runs toward its herd, two adult bison step in to fend off the wolves. The pace is frenetic and the wolves aren’t quick to give up.

However, after the bison herd tightens ranks and chases off the predators, the wolves are given no choice but to abandon the pursuit. The buffaloes’ best defense was a good offense.

The Junction Butte Pack resides in the northern portion of the more than 2,000,000 acre park and the video was captured by Wolf Tracker guide Michelle Holihan. She offered a secondary video from the hunt but showed the back half of the buffaloes’ defense.

Yellowstone is home to nearly 100 wolves and they primarily prey on elk, deer and bison at dusk and dawn. In this instance, the hunt was not successful, but the resulting footage was remarkable.

The hunting technique of a wolf pack is fascinating. Wolves rely on speed and power, but they also execute very methodical, organized plans. On this hunt, the wolves were outmanned and undersized against a literal “herd mentality.”