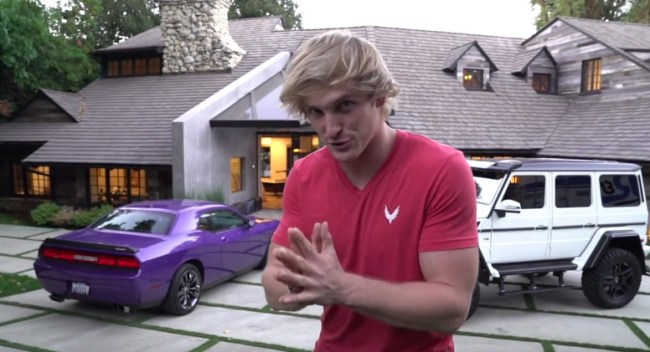 Lets start with a little multiple choice word problem to get our brains moving, shall we.

A man named Logan filmed a dead body in a forest and posted it online to millions of people. He was wrong and he apologized, but even that was fogged by questions about his sincerity.

Considering Logan’s recent controversy with the aforementioned dead body thing, which one of the following actions should he NOT be doing to shore up his reputation? Circle one.

(A.) Help an old lady across the street
(B.) Put down the camera and chill the fuck out
(C.) Pay my rent for the month of February
(D.) Taser a dead animal

If you answered D, congratulations, you’re a sociopath! A sociopath who has the correct answer.

Logan Paul, fresh off his apology tour for the suicide forest saga, decided to win back the hearts of his millions of pre-pubescant disciples by tasering a dead rat on one of his vlogs. Don’t get me wrong, I have a hard line stance on rodents: Hate them, always have, always will. But I am also a staunch advocate against beating a dead horse, so to speak.

According to the Associated Press, YouTube temporarily suspended all ads from Logan Paul’s channels after his so-called “pattern of behavior” has deemed his channel “unsuitable for advertisers, but also potentially damaging to the broader creator community.” YouTube has also put an age-restriction on his content.

In response to Logan Paul’s recent pattern of behavior, we’ve temporarily suspended ads on his channels.

People on the inter webs older older than 16 do not appreciate the guy.

Filming dead people & tasing dead rats? Ugh, we should all aspire to be brilliant contributions to society like the very handsome & talented Logan Paul.

I think for Logan Paul’s next video, he should break into Area 51 and desecrate an alien corpse. It’s a natural progression.

It’s funny watching delusional people like Logan Paul claim his fan base is mostly college-goers. Nah m8 you have an army of boys whose balls ain’t dropped yet who haven’t learned a thing about life. Those are the people you impress. You’re a sociopathic Barney the Dinosaur.

I'm not sure what Logan Paul's attraction to dead things and video taping himself doing shit to them is but man, that mother fucker needs to gooo.

Devin Sawa aka Junior Floyd from Little Giants from the top rope!

Don’t let all this bad news distract you from the fact that Logan is dropping some new merch. Link in bio.