The First Reactions To ‘Zack Snyder’s Justice League’ Are Here 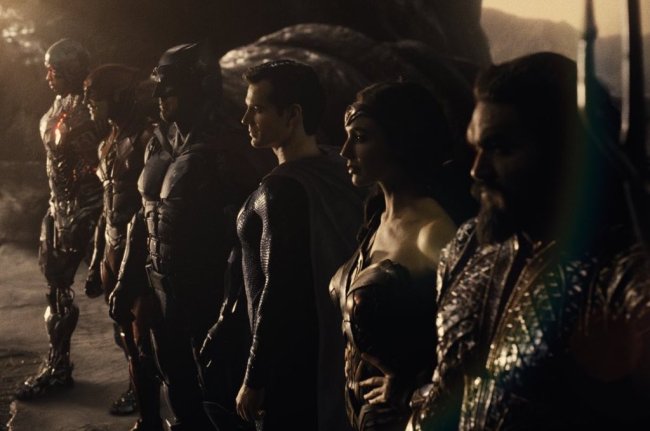 With the release date just five days away, reactions from critics have begun to hit the internet, and based on what everyone is saying so far, The Snyder Cut is a massive improvement over the original.

Personally, having been lucky enough to see the film, I think Zack Snyder’s Justice League is a glorious, overstuffed, beautiful mess… and yet it works. Its biggest weakness, its absurd length, is also its greatest strength, as it allows everything that felt shoehorned the first time — the introductions of Aquaman, Cyborg and Flash, the team uniting and resurrecting Superman, etc. — to feel legitimately organic now.

Furthermore, despite its length and its R-rating, The Snyder Cut is oddly Snyder’s most accessible, subtle DCEU film, with the biggest improvement being the tone and the reverence for the characters. These are American storytelling icons — Snyder understands that and how to maximize their heroism.

Despite its length and its rating, the #SnyderCut is oddly Snyder’s most accessible, subtle DCEU film.

Biggest improvement is the tone and the reverence for the characters. These are American storytelling icons – Snyder understands that and how to maximize their heroism. pic.twitter.com/IJj4TU1xPw

The rest of the internet seems to be on the same page as me, as more first reactions seem to indicate the film is a massive step up from its disastrous Joss Whedon-directed predecessor.

The movie is EPIC. The characters just matter more. They have purpose and emotion. The villains are intimidating. Cinematography is beautiful. It's EXCITING!

It's hard to believe anyone thought this story should be canned. pic.twitter.com/V7Au2gt6c5

It’s clear @ZackSnyder put the extra work in to include everything, as if this were the end but I hope it’s not since there are scenes and edits which don’t fully work on their own in this story, some existing just as extra nods for fans, or to be paid off later.

I can now say that I have watched #ZackSnydersJusticeLeague and it is far superior to the original theatrical version. Rich character development, much better action, a coherent story & some terrific badass moments. Definitely a long watch, but I never felt tired of it. Well done pic.twitter.com/QXyQLdUApv

#ZackSnydersJusticeLeague is a masterpiece that gave me goosebumps from beginning to end. The whole time I couldn’t believe the stuff they left out. And it’s crazy how important Cyborg is to the main story in this, he really is the heart of the film

I got to see #ZackSnydersJusticeLeague a while back and it is my favourite movie of his DC trilogy.@Ray8Fisher’s Cyborg is the clear standout and his performance in this is really great.

For a 4-hour runtime it’s very entertaining, it keeps the viewer on their toes

#TheSnyderCut is loaded with scenes people haven't seen & are going to love. It is such a better movie than the theatrical cut of #JusticeLeague. Night and day difference. Saying that have no idea how this version could have ever been released in theaters. Perfect for @hbomax. pic.twitter.com/Fnamv6GcKj

Snyder’s Justice League is one of the best superhero movies ever made. The long awaited cut lives up to the hype & feels unlike anything we’ve seen in this universe before. Each character is fully realized & gets their moment to shine & kick some ass. #ZackSnydersJusticeLeague pic.twitter.com/d8uEQNFicV

#ZackSnydersJusticeLeague delivers what fans rallied for, action, visuals, development, even humor n despite the “Snyderisms”, some plot issues n length it’s a spectacle n delivers but isn’t without flaws, n proves WB didn’t need to take the path they did to “save” DC films

#JusticeLeagueSnyderCut is an assembly cut w/ finished effects. Its the same core movie we saw in 2017 w/ two hours of deleted scenes & some slightly altered versions of existing beats. Two reasons to watch: The action climax is much better and Cyborg gets the deserved spotlight. pic.twitter.com/bUSmiJwccT

#ZackSnydersJusticeLeague is truly epic. Superior to the 2017 version in every way. Amazing action and score. Every character shines and story arcs follow through from MOS and BvS. Can’t believe this exists. Incredibly satisfied and so, so worth the wait. #RestoreTheSnyderVerse pic.twitter.com/ioDQTvn9ic

#ZackSnydersJusticeLeague is beautiful. And @Junkie_XL ! That SCORE!Holy moly. I don’t want to spoil anything, but after the whole thing I wanted to start it over immediately- thank you @ZackSnyder – and thank you to all who fought to get this made. #snydercut #forautumn 💜

Guys — I have seen the #SnyderCut…and it’s a masterpiece.@ZackSnyder paints an incredible canvas that will break your heart and put it back together again.

The runtime — which blows by like it’s nothing — allows backstories, team’s assembly and action to flow effortlessly. pic.twitter.com/o7f29JUAlN

RELATED: ‘Zack Snyder’s Justice League’ Will Be A Success No Matter What

We’ll be discussing all four hours of Zack Snyder’s Justice League — yes, including the infamous Knightmare scene — in-depth over on the Post-Credit Podcast, so make sure to subscribe and check that out when the episode drops on Thursday.