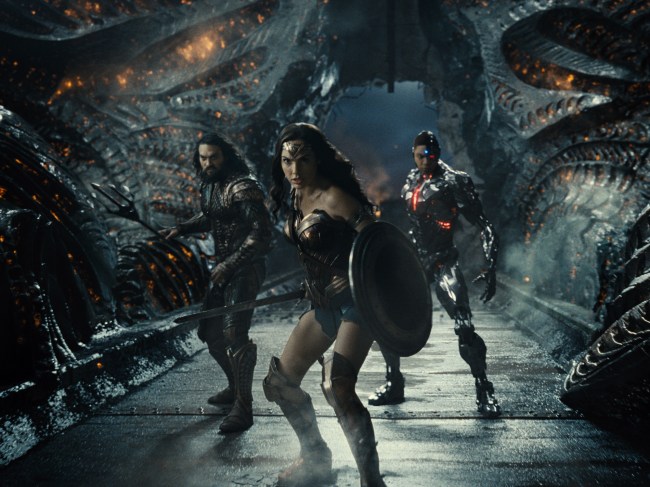 It’s happening: after years of fan campaigning, a historic pandemic, and an additional $75 million from Warner Bros., Zack Snyder’s Justice League is set to finally hit HBO Max arrive on Thursday. And based on reviews from movie critics, it seems as though the long and winding road to The Snyder Cut has been worth it, as the four-hour director’s cut represents a massive improvement over the 2017 original.

BroBible: “This veneration of the Justice League is palpable from top to bottom, from Wonder Woman and Batman to Cyborg and The Flash is treated with the respect that characters who’ve defined American storytelling for close to a century deserve.”

Observer: “The Snyder cut is neither the game-changing masterpiece the #RestoretheSnyderVerse campaign hopes to see, nor is it the egregious pop culture affront detractors have already decided it is. The answer is much simpler: it’s a solid new entry in the DC Universe.”

Slate: “Snyder’s Justice League is more, more, more in a way that most films wouldn’t dare, and, after a year of no theaters at all, a movie that makes me long to return to a multiplex—to see more movies that commit so completely to a vision that it’s impossible not to be swept away.”

Variety: “The new movie — and make no mistake, it really is a new movie — is more than a vindication of Snyder’s original vision. It’s a grand, nimble, and immersive entertainment, a team-of-heroes origin story that, at heart, is classically conventional, yet it’s now told with such an intoxicating childlike sincerity and ominous fairy-tale wonder that it takes you back to what comic books, at their best, have always sought to do: make you feel like you’re seeing gods at play on Earth.”

Vanity Fair: “Watching Snyder’s intermittently rewarding epic – if nothing else a spectacle of completed vision – stirred up surprising emotions.”

Vox: “What Snyder built is a much better movie, so much that I wanted to go back to my review of the original cut and dock it a few more points.”

Insider: “This movie was willed to life by the fans and made for fans, who will leave this film largely satisfied and hungry for more. More than three years later, justice is served.”

We’ll be discussing all four hours of Zack Snyder’s Justice League — yes, including the infamous Knightmare scene — in-depth over on the Post-Credit Podcast, so make sure to subscribe and check that out when the episode drops on Thursday.