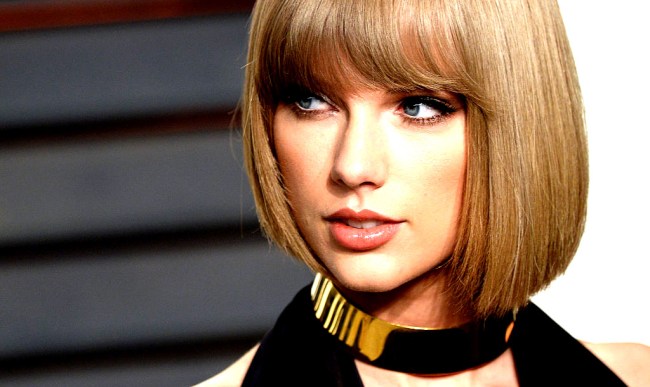 Zayn Malik, who is friends with Taylor Swift, appears to have confirmed the urban legend that Swift hid in a suitcase in 2017 to avoid the paparazzi.

You remember that story, right? There was about a year or so where Taylor Swift was pretty much invisible to the public, beginning in the fall of 2016 right around the time she and Tom Hiddleston broke up – something I wish never would have happened.

And since no one had seen nor heard from Swift in months, when photos of two of Taylor Swift’s bodyguards lugging a heavy suitcase from her building, and Splash News captioned the photos saying she was inside the piece of luggage, people lost their minds.

Taylor Swift has reportedly been carried out of her house in this massive suitcase https://t.co/iIeamTRfFM pic.twitter.com/bdmZyIKIsB

Of course, Swift being Swift, she made Splash News take down the caption and apologize, because that’s what she does, but the urban legend never went away.

Fast forward 16 months and now the bizarre theory appears to actually be true…?!

At least if you believe One Directioner Zayn Malik, who in a new interview with Vogue revealed…

He seems more like an undergrad than an internationally swooned-over famous person. Though his small talk is a giveaway. “She was travelling around in a suitcase,” he says, eyes agog, of his pal Taylor Swift’s ability to avoid the paparazzi.

Wait. Did Zayn Malik just let slip that Taylor Swift really was hiding from paparazzi in this suitcase after all? 😱>>> https://t.co/2TgT8fusYz pic.twitter.com/gvm9IeH54Q

Needless to say, this quote raised more than a few eyebrows and led to some very solid questions and comments…

remember when Taylor Swift stuffed herself inside of a suitcase to avoid paparazzi? now that’s a mood pic.twitter.com/s35aadlzn0

"That's how I roll now, I don't know if you've seen. You haven't. Because I'm a ninja [in a suitcase]." – @taylorswift13 pic.twitter.com/qYLRChev3V

The official “I travel to go to Taylor swift’s concerts suitcase” pic.twitter.com/u1R9vyxBwG

whoever gets rep room on night one in Tokyo needs to ask @taylorswift13 how she fit in that suitcase bc WE NEED ANSWERS LOL pic.twitter.com/ubjZUUBgw9

taylor swift's manager trying to close the suitcase with taylor swift in it pic.twitter.com/Kv1j3wPJJJ

I have to be up at 3:30am but can’t sleep because im picturing Taylor Swift bumping and rattling around in a suitcase like she’s someone’s fucking toiletries pic.twitter.com/IdY3TRQZPp

As someone who has always been a Taylor Swift Suitcase truther, I’m frankly insulted that all of you are now suddenly taking Zayn’s crackhead word for it when my crackhead word has been here all along

CHECK OUT PREVIOUS URBAN LEGENDS THAT ALSO TURNED OUT TO BE TRUE.