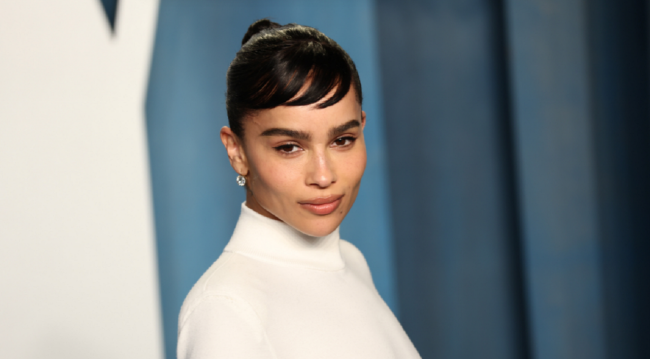 Zoe Kravitz is the latest celebrity to chime in on the Will Smith/Chris Rock slap, and it has backfired badly for her.

On Tuesday, Kravitz, who recently played Catwoman in the latest Batman movie, posted two photos of her Oscars dress with captions that condemned Smith for “assaulting” and “screaming profanities” at Rock during the awards ceremony.

Zoë Kravitz posts a image saying “here is a picture of my dress at the party after the [#Oscars] show -where we are apparently screaming profanities and assaulting people on stage now.” pic.twitter.com/sBFpRnW88P

Fans of the Smiths were not happy with Kravitz’s posts and immediately began canceling her.

Why was zoe kravitz grown ass at 26 years old attracted to 16 year old jaden smith the fuck is wrong with her pic.twitter.com/jb7pzNrY9l

zoe kravitz supports known abuser alexander wang, made predatory comments about 14 year old jaden and dated ezra miller when they were 17-18 and she was 20+ but wants to speak about will and draw the line at a slap pic.twitter.com/M6u7KDz1BU

Zoe Kravitz getting eaten alive and there’s nothing I can do to save her pic.twitter.com/S0b9EGWWP5

zoe kravitz doesn’t have twitter so i blocked rachel zegler instead pic.twitter.com/dB3Xzs404J