Baltimore Fans Are So Salty After Marquise Brown’s Latest Comments 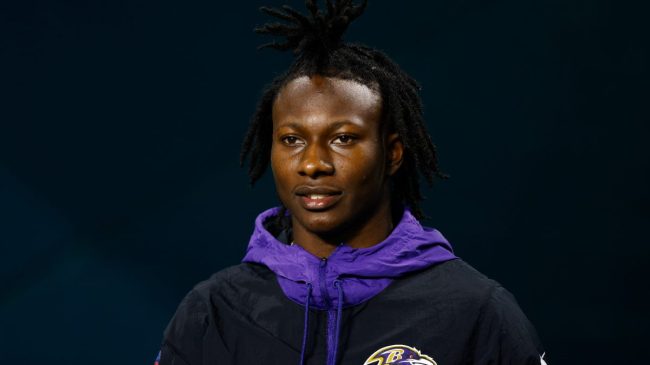 The Ravens and Cardinals made the blockbuster trade of the NFL Draft during the opening night of the selection process.

Arizona traded away their first-round pick in order to land Hollywood Brown and a third-round selection from Baltimore. The trade helped the team bring in another playmaker at receiver for Kyler Murray and the offense, while it allowed the Ravens to get rid of dead weight.

Brown had made it clear that he no longer wanted to be in Baltimore, and he noted the style of offensive play for his reasoning. Apparently, the wideout didn’t believe that he was being used to the best of his abilities, which he complained about many times throughout the season.

Over the weekend, the pass catcher was asked about what he expects from his new team. Brown seems excited about his new role.

Hollywood Brown talks about new opportunity with the Cardinals

Hollywood Brown believes he'll be able to get more one-on-ones now that he's with the Cardinals. 👀 pic.twitter.com/K2jyCJO7Zc

Brown says that he should get some more one-on-one looks with Arizona, since Kliff Kingsbury and the Cardinals like to spread things out a bit on offense.

“It’s not about the targets, it’s about the type of targets… I’ve been in an offense where I’ve been getting all the attention… I’m excited to get some one-on-one matchups and spread the field out.”

Brown will join a receiving corps that includes veterans DeAndre Hopkins, AJ Green, and Zach Ertz, though Hopkins has been suspended for the first six games of the season.

It should lend an opportunity to improve upon his numbers from last year, when he hauled in 91 passes for 1,008 yards and a half dozen scores.

While Brown is excited for the future, Ravens fans were salty about his comments.

Many Baltimore fans pointed to Mark Andrews as being the true No. 1 receiving threat in the offense as he led the team in catches, yards, and touchdowns.

All the attention? Bro mark andrews was #1 lol https://t.co/gYda8o2oQ0

Fam wasnt #1 in our offense not one year ManDrews has been, what doubles he been seeing ???? https://t.co/c7TmkaZioD

We’ll see how Brown does in his new scheme. Right now, it doesn’t look like Ravens fans will miss him too much.