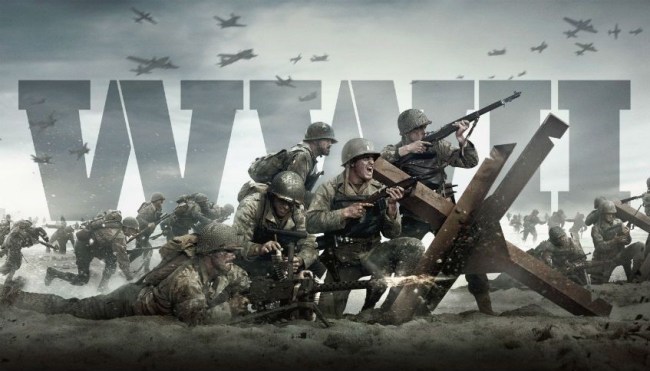 Call of Duty: WWII is months away from being released but we are getting some interesting info about the highly anticipated game. The most popular facet of Call of Duty is its multiplayer mode and in this version of the game they will ditch the create-a-class system and replace it with a new and more realistic system called “divisions.”

The new division system was revealed in an interview on Playstation Blog with Glen Schofield, co-founder and studio head of Sledgehammer Games, and Michael Condrey, the chief operating and development officer of Sledgehammer Games. It replaces the create-a-class system which has been a part of every Call of Duty multiplayer title since Call of Duty 4: Modern Warfare was released in 2007.

Experience the European Theater of WWII through the eyes of the 1st Infantry Division. #CODWWII arrives November 3. pic.twitter.com/98MFVv33n1

“Divisions fundamentally redefines how players invest in their multiplayer soldier career,” Condrey said in the interview. “Replacing the create-a-class system, players choose from five iconic World War II divisions, each with specific basic combat training, division training, and weapon skills. We think it’ll intrigue Call of Duty series veterans, and we can’t wait for our fans to see it for themselves.”

Be watchful. The enemy could strike at any moment. #CODWWII pic.twitter.com/40AXIzlDYG

Schofield explains that depending on which division a player joins, it will define their playstyle. Maybe you will select from a certain division such as airborne division, armor division, sniper division, and infantry division? It sounds like players will have five unique characters to choose from in multiplayer, compared to previous Call of Duty titles where players could completely customize all of their classes.

Activision and Sledgehammer will formally introduce the division features at E3 2017, which runs from June 13 to June 15, 2017.

The countdown to E3 begins. pic.twitter.com/q7zk5kIT6F

Also, one of the most exciting new modes in our multiplayer experience is War Mode, which we can talk about a bit. The goal with War Mode was to create new ways to immerse players in iconic, PVP WW2 battles. War Mode is just that, a narrative based mode where Allied and Axis soldiers clash in team-driven assault & defend gameplay in the fight for strategic objectives. We partnered with Raven Software for development on War Mode. It’s a fun new mode, and an important component of bringing our overall vision to life. We couldn’t be more excited to be revealing several of our new multiplayer features for the first time at E3.

The single-player campaign will include the D-Day invasion, as well as fighting in Belgium and Germany. The game features the voice of Josh Duhamel as Sgt. William Pierson. Call of Duty: WWII launches on November 3 for PS4, Xbox One, and PC.