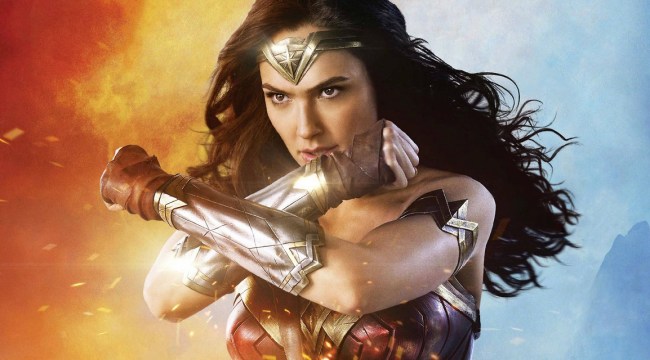 Don’t get me wrong. Wonder Woman is the best DC movie since Christian Bale played Batman. It’s 93% rating on Rotten Tomatoes is no joke.

But this SPOILER-FREE review of the film by comedian Josh Pray, while much shorter than the movie, might be more entertaining than the movie itself.

Why? Because Pray ABSOLUTELY LOVES THIS MOVIE. He loves it SO MUCH it’s hilarious.

“Somebody said they gave it a 9 out of 10. HOW? When she was a 12 the whole movie,” Pray begins after saying that as a Marvel fan, they were now in big trouble after seeing Wonder Woman.

He’s definitely a big fan of the Amazons on the island of Themyscira, who also kick some serious butt in the movie.

Then he says that he thought Black Widow was the baddest superhero woman, but, uh-uh, not anymore…

“The movie is so good. Gal Gadat gat my heart. Gal gat it going on! Gal is what a Kardashian wants to be,” praises Pray.

“Fellas, fathers, brothers, if y’all got daughters, sisters, nieces, aunts, mom, whoever, if you got a woman in your family take her to see Wonder Woman because everybody, every woman can be Wonder Woman,” Pray continued. “This is inspiration!”

Trust me when I say, you need to watch this. Oh, and Wonder Woman too, if for some reason you still haven’t seen it yet.