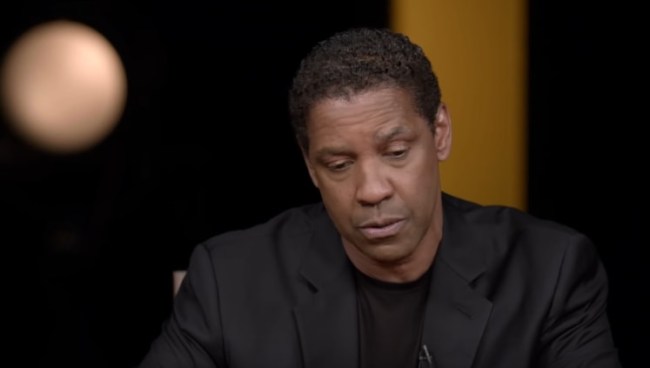 During the Golden Globes, Meryl Streep spoke out against President-elect Donald Trump, but she also made a slight against mixed martial arts.

“Hollywood is crawling with outsiders and foreigners. And if we kick them all out you’ll have nothing to watch but football and mixed martial arts, which are not the arts,” Streep said.

Much has been made about Streep’s disrespect against MMA fighters and their fans that many Americans cherish. Some have seen this as part of the massive disconnect from celebrities and the common folk. This narrative of a Hollywood bubble was also present during the 2016 presidential election when celebrities campaigned for Hillary Clinton. Stars were imposing their political beliefs so often that Mark Wahlberg told “out of touch” celebrities to shut up about politics. Another megastar is also speaking out against his fellow celebs for their arrogance and lack of self-awareness.

Last month, Washington spoke during a roundtable interview for The Hollywood Reporter. When he was asked what his worst job is the Hollywood legend replied:

Denzel then did something you haven’t seen a Hollywood star do in a very long time – he said he was lucky to be an actor and making movies isn’t that hard. A sentiment that is unheard of in the prominent L.A. inner circles.

“They weren’t bad jobs. Just like people say: ‘Oh, the difficulty of making a movie.’ I’m like, listen, send your son to Iraq–that’s difficult. It’s just a movie. It’s like, relax. I don’t play that precious nonsense. It’s like, oh, a movie. Get outta here. Your son got shot in the face? That’s difficult. Making a movie is a luxury; it’s a gift. It’s an opportunity, and most importantly, it’s a gift. Obviously, everybody here is talented enough to do that, but don’t get it twisted. It’s just a movie. It ain’t that big a deal.”

This was quite the harsh dose of reality for his more entitled colleagues who elevate their craft into something mystical and godly. But let’s remember, acting is merely adult speak for make-pretend, the same fun activity that toddlers enjoy when they play make-believe.

And these are the same actors and actresses that are in an industry which is grandiose and sickeningly self-congratulating. Just look at how many fucking award shows there are:

It’s refreshing to see a megastar such as Denzel step away from the Hollywood circle jerk and show some genuine humility.

The #GoldenGlobes summed up in one extraordinary photo… pic.twitter.com/WkDXYhc4wd