Iceland has been a filming location for HBO’s Game of Thrones dating back to Season 2 and the introduction of ‘beyond the wall’ and the White Walkers. If you’ve never been to Iceland the first thing you should know about Icelandic weather is the wind blows strong, and it never stops.

It’s been brought to my attention that there are minor spoilers ahead in this article regarding the actors who are filming in Iceland, so proceed at your own caution.

Jon Snow, Ser Davos, and other Game of Thrones actors have reportedly been getting beat to hell by the unforgiving Icelandic winds while filming over the past few weeks, according to Page Six:

Stars were said to include Kit Harington (Jon Snow), Liam Cunningham (Davos Seaworth), Joe Dempsie (Gendry), Rory McCann (Sandor “the Hound”) and Kristofer Hivju (Tormund Giantsbane). They have been shooting amid 100 mph winds and a minus 25 centigrade wind chill.
A source on the set said, “Daylight is scarce here [five to six hours a day]. Super jeeps are needed to bring in equipment, and much is then transported by hand . . . The actors are made up and dressed in hotels and driven to location 90 percent ready to shoot . . . Shelter is provided by ‘Russian tents’ that are anchored down, and able to be heated, and [can] withstand 100 mph winds.”
And the winds made it hard to record the dialogue between characters. The insider continued, “High winds caused words to be ‘whipped away’ — shouting became the norm. And despite the cold, there was an issue with a lack of snow in the lowland locations.

A -25 centigrade wind chill translates to around -13F for those of you wonder, which seems perfectly reasonable given the relentless winds.

I visited Iceland for a week over New Year’s Eve to kick off 2017 and the first unexpected thing that really stuck out with me was how hard the wind rips, and how it never takes a break. I’d be on a tour and we’d drive an hour or so from one glacier to a hot spring/geyser, a complete change of topography and scenery, and the wind would be ripping 30mph the entire way (not gusting, just a constant heavy wind).

While in Iceland I visited a few of the Game of Thrones filming locations and I can tell you that they’re just as remote as they look in the TV show. There’s nothing to break the wind out there, it’s all expansive and wide open frozen tundra. Iceland it’s really as cold as the name implies (think ‘Boston in January’ for most of the Winter), but when they get hit by cold fronts and the wind kicks up it’s as frigid as anywhere I’ve ever been in my life. Seriously, it can get cold as hell out there: 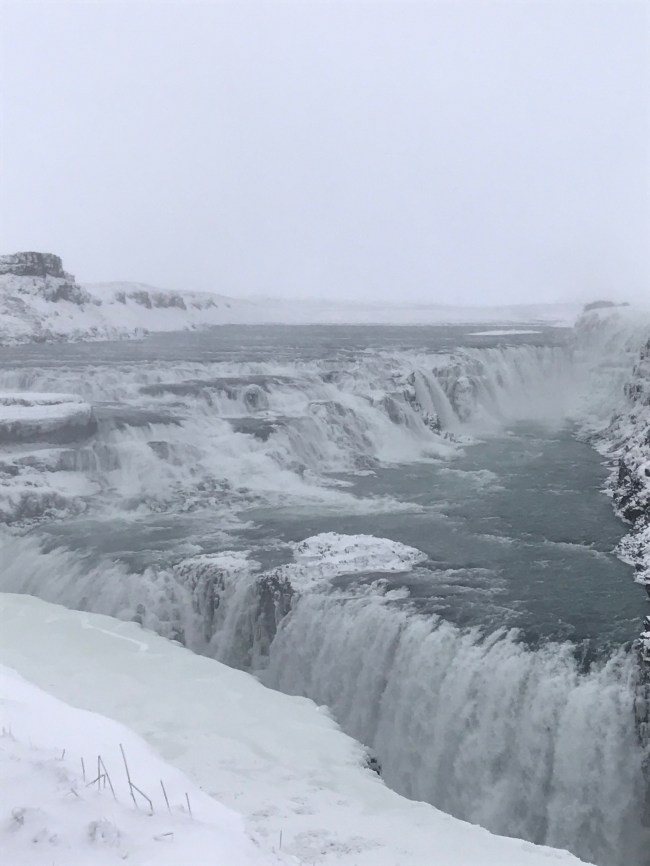 We don’t yet have confirmation of a start date for Season 7 of HBO’s Game of Thrones, but we have been told this season will start later than previous seasons as they’ll need some more time for filming this year. As for rumors, we have been covering some leaks coming out of the sets which may signal the directions Season 7 will go in (who lives, who meets who, etc). So if you’re interested in reading a few unverified rumors that might potentially be spoilers then you can follow that link.