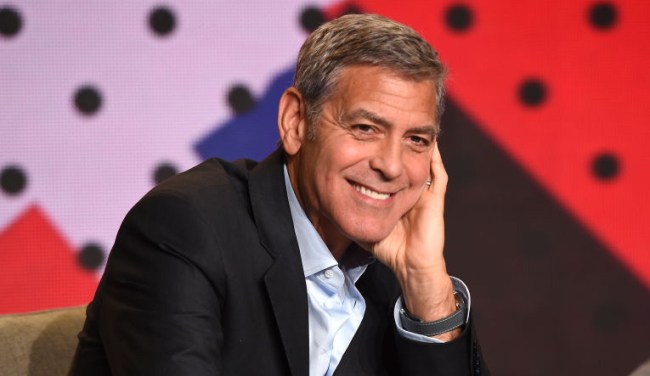 Why would George Clooney buy his own island? Because he’s George freaking Clooney, that’s why? You didn’t think George Clooney would stop being the king of all bros just because he got married, did you?

According to a local report, newlyweds George Clooney and Amal Alamuddin have been eyeing a secluded manor home on the River Thames in Sonning Eye, Oxfordshire, and a local source tells E! News that they have heard Clooney has purchased the mansion.

So did Clooney really buy his own island or didn’t he?

According to the locals, he did because Clooney and his wife Amal Alamuddin were at the village pub, The Bull Inn, causing a local to tweet, “George Clooney has bought a house in my village and was drinking in my local last night. We’re going to become best mates.”

The house, err, mansion is 9,000 square feet on its own island in the Thames and has nine bedrooms, a gym and steam room, a library, study, family room, formal dining room and cellar, a boat house, and a separate staff cottage.