Ruh-Roh, King Of The Douchebags Justin Bieber Has Been Named A Suspect In An Ongoing Assault Investigation 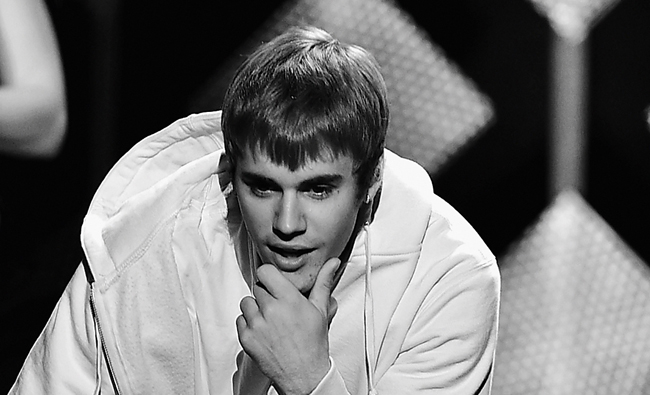 Apparently today is a bad day to be a celebrity when it comes to running into trouble with Johnny Law.

First we had Hilary Duff’s ex Mike Comrie being accused of rape and now Justin Bieber has been named a suspect in an assault investigation.

This news certainly isn’t going to help The Biebs snap out of the emo funk he was in Tuesday as he whined to all of his followers on Snapchat about how he didn’t have a date.

The investigation stems from an altercation that took place in Cleveland at the NBA Finals back in June in which Bieber pretty much got his ass handed to him.

Now, according to TMZ…

Law enforcement sources in Cleveland tell us Bieber is now the suspect in an incident back in June … an incident captured on video showing Bieber fighting a guy after a Cavaliers playoff game.

The alleged victim told cops Justin grabbed his sunglasses. The guy then took a pic of Justin with the shades, which he says enraged the singer and sent him into attack mode. He claims Bieber’s crew then got in on the action.

The alleged victim says he went to the hospital with various injuries, including a concussion.

As for why it took the victim so long to file … people connected with him say he was trying to settle up with Justin but he just wouldn’t play ball.

Thus far no charges have been filed, but the investigation is still taking place.

Basically what all of this says to me is maybe, just maybe, and fingers crossed here, this will be the final straw that gets his ignorant ass deported back to Canada.

You hear that President Trump? Justin Bieber might just be one of those “bad hombres” from other countries we need to get rid of stat. And I swear that if you can finally make that happen you will get absolutely no protest from me.