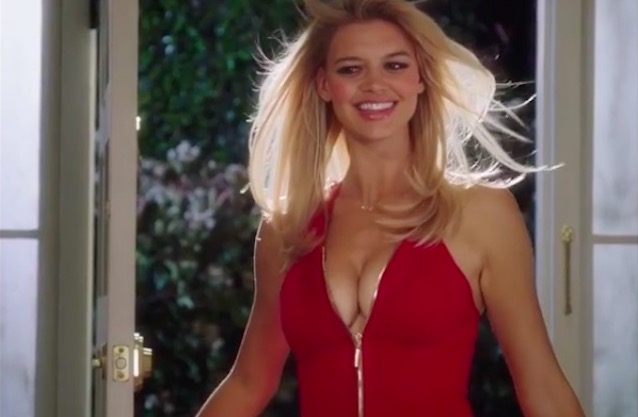 Kelly Rohrbach is a hot girl. And as many of us know far too well, some hot girls think that their hotness gives them a free pass to be a complete pain in the ass. When you add in the prestigious titles of: Sports Illustrated swimsuit model, Leonardo DiCaprio’s ex, and the role of C.J. Parker (made famous by Pam Anderson) in the new Baywatch movie, one’s ego can swell into the stratosphere.

“She thought she was better than everyone,” says the insider. “There was no love lost between her and the rest of the cast.” While promoting the film last month, “No one wanted to share a junket room with her. She was flipped around to many different pairings.”

“Kelly didn’t hang out with everyone. She didn’t make any friends,” said the source. “She thinks she’s a major star, and she’s just a model who dated Leo.”

After landing the role in Baywatch, Rohrbach switched her management company from Untitled Entertainment to Management 360, which reps stars like Anne Hathaway and Channing Tatum. But, Rohrbach has already ditched Management 360 after only six months after allegedly being a huge pain in the ass.

“She’s a handful, and it’s a little early in her career for that,” said another source close to “Baywatch.” “Hollywood’s full of difficult stars. But she’s just not at that level in her career where people have to put up with that.”

God, Kelly sounds like someone I could never put up with. Oh wait. This just in.