Lena Dunham’s Boyfriend Once Stopped Her From Saying Something So Idiotic, Even By Lena Dunham Standards 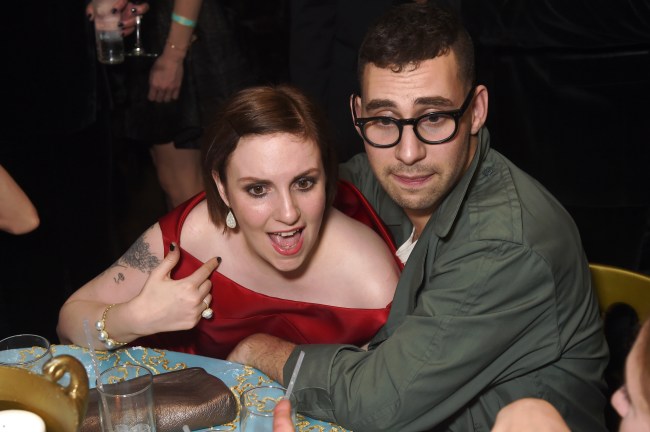 Full Disclaimer: I was all about the first two seasons of Girls. I found it to be a well-produced commentary on those snobbish girls that went to your high school coming to the realization that daddy isn’t going to pay their rent. Or for their Pumpkin Spiced Lattes.

Now, I’d rather watch The Big Bang Theory with the laugh track removed or those Sara McLachlan sheltered puppies commercials than listen to one word Lena Dunham has to say. Like that time she called for the ‘extinction of white males‘, or when she said she wished she had an abortion, or that time she said cafeteria sushi was culturally appropriating asian culture because it’s not authentic, or when she projected her insecurities and stereotypes on Odell Beckham, Jr., or–ok, this is getting exhausting.

Dunham’s most recent infuriating tidbit came about in an oral history of Girls published today by the Hollywood Reporter. The piece talks about the firestorm that was ignited after it became apparent that, season after season, the show was primarily a cast of homogenous white people (they lived in the Bronx, a cultural and racial melting pot, and the show was whiter than toilet paper).

Dunham talked about the controversy, but once again, missed the point.

“The race stuff blew up first,” the show’s star and creator recounted. “The second night we aired was the first time I met my boyfriend [musician Jack Antonoff]; we were on a blind date. I had been metabolizing the criticism all week, and I made a really, really dumb joke that I’m perfectly fine to repeat now ’cause I was f–in’ 25. I said, ‘No one would be calling me a racist if they knew how badly I wanted to fuck Drake.’ He said, ‘Don’t say that in public; that’s not going to help you.’ I just didn’t get it. I was like, ‘I have the three most annoying white friends, and I’m making a TV show about it.’ ”

This is the logic equivalency of ‘I’m not racist, I have one black friend.’ Yo, Hitler had sex with Jewish girls and I’m going to go out on a whim here and say he didn’t view them as equals. It’s perfectly possible for someone to want to befriend or bone someone while viewing them as “inferior.” It’s just lazy fucking thinking for someone who prides herself in being nuanced in social issues.

P.S. And the “I was fucking 25” excuse? Like at 25 one’s brain isn’t fully formed. If you can drink alcohol and rent a car, you should know when you’re being a covertly racist douche.