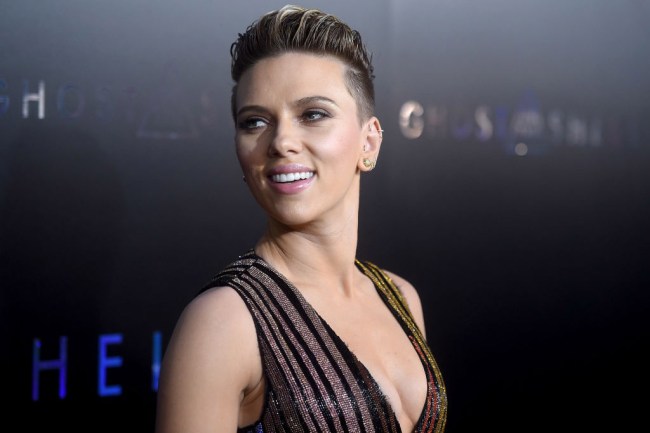 A little over a week ago Redditor Denver Dodd shared a photo of his grandma from 1967 and proceeded to blow thousands upon thousands of people minds.

Why were so many people’s minds blown? Because his grandma was the spitting image of none other than Scarlett Johansson.

Dodd explained to HuffPost that his grandpa (who was the man with his grandma in the picture) died last January. “So we pulled out old photos just looking through them. You know, just being all sappy and stuff. And we happened to see that picture from a scrapbook,” Dodd told HuffPost.

When Dodd found the photo, Geraldine laughed and told him, “I was drunk as a skunk in that photo.”

3 MILLION views later and guess who one of those millions were to have snuck a peek at the photo? Scarlett Johansson herdamnself.

Turns out, Johansson was as blown away as everyone else, leading to her posting a video to YouTube.

“Holy crap,” Johansson says in the video, right before she invites Geraldine to the premiere of her upcoming comedy, “Rough Night,” so the two can party together.

“I saw that you were, quote, ‘drunk as a skunk’ when taking that photo. And I would like to see your drunk face, I want to share a drunk face with you,” Johansson said.

In the video, Johansson also offers to pay for all Geraldine’s expenses in order to get her to the premiere.

Dodd told HuffPost that he told Geraldine the good news via text and his grandma accepted the actress’ offer. Geraldine also added in the text: “I’m going to drink with her and see if I can drink her under the table.”