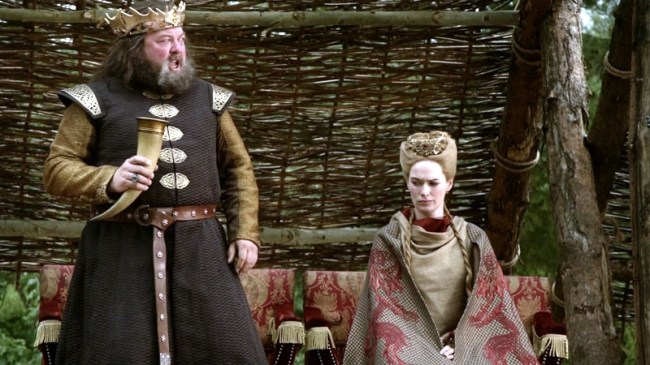 Daenerys Targaryen described the power struggle on “Game of Thrones” best: “Lannister, Baratheon, Stark, Tyrell, they’re all just spokes on a wheel. This one’s on top and that one’s on top and on and on it spins, crushing those on the ground.” She went on to say, “We’re not going to stop the wheel. I’m going to break the wheel.” The Queen of Dragon might crush the wheel, but as of right now, Cersei Lannister is on top of the wheel after Euron Greyjoy figuratively cut the head off the Sand Snakes by capturing Ellaria and Tyene Sand. Then Jaime Lannister led his armies to easily capture Highgarden and all their riches to reimburse the Iron Bank because as we all know, a Lannister always pays his debts. In only a few episodes, Cersei has become a Napoleon Bonaparte-level military tactician and now her enemies to the east, enemies to the west, enemies to the south, and enemies to the north all look to be greatly diminished threats. But the wheel still spins, and maybe, just maybe, Cersei’s time on the Iron Throne is in danger if we read into this speech all the way back in Season 1.

Cersei may have gotten an important lesson about armies and revolutions in Westeros from none other than her former husband Robert Baratheon, who she probably helped get killed. In Season 1, Episode 5, King Robert explains why the Targaryen children of the Mad King are so dangerous. Besides running out of wine, Robert’s main fear was that the Targaryens would come back to Westeros with a Dothraki horde in an attempt to reclaim the Iron Throne. They would be capable of capturing the Seven Kingdoms since they would have “one army, a real army, united behind one leader with one purpose.” This astute point was posted on r/gameofthrones by Redditor pnr32

This especially makes sense since in the last episode, “Queen’s Justice,” Tyrion Lannister points out a major difference in the Cersei’s soldiers versus Khaleesi’s fighters. Despite The Unsullied being outnumbered and outarmed, they would win the battle for Casterly Rock because the Lannister’s soldiers only fight out of fear for Cersei, while the elite warrior-eunuchs fight for freedom and the person who gave it to them.

Also in Season 7, Episode 3, Jaime told Euron Greyjoy just how quickly the people of King’s Landing can turn, and how “this same mob spat on my sister not long ago.” Meaning the people are fickle and will do what is best for them at the time.