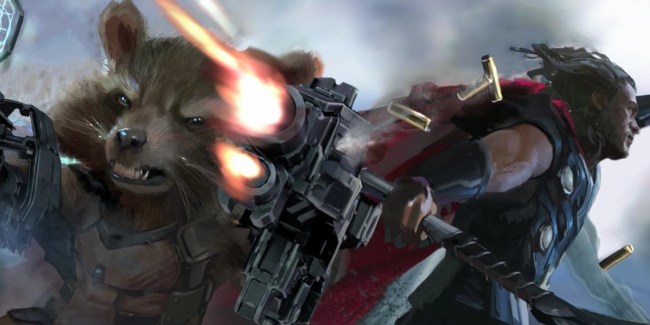 The upcoming Marvel flick “Avengers: Infinity War” will feature the Guardians of the Galaxy doing battle alongside Iron Man, Captain America, and the rest of the Avengers, PLUS Spider-Man! Now this is a fucking party!!!

On Friday night, Marvel unleashed a behind-the-scenes video showing Robert Downey Jr., Tom Holland, and Chris Pratt on their first day on set at the Pinewood Studios in Atlanta. The teaser video also unveils concept art where Rocket Raccoon is blasting away right next to his new BFF Thor plus Thanos and Tony Stark with some new Iron Man armors.

The clip, which can be seen above, starts off with a message about the Infinity Stones. The stones, which were first introduced in Captain America: The First Avenger and the Tesseract, are six very powerful objects that are found within the universe. According to Marvel’s Wiki, the six stones, which are also referred to as Infinity Gems, “possess unique capabilities that have been enhanced and altered by various alien civilizations through the millennia.” 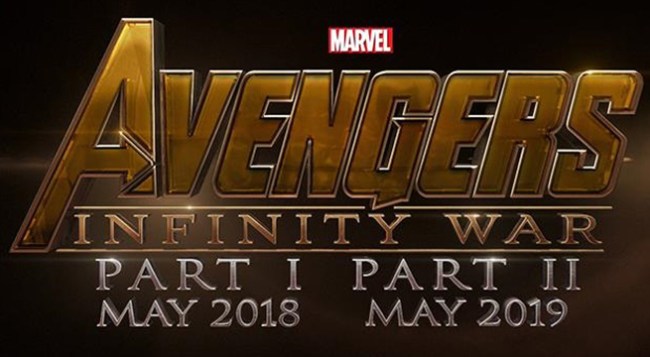 Both movies are being directed by Joe and Anthony Russo, who made the “Captain America” films.

“’Avengers: Infinity War’ is the culmination of the entire Marvel Cinematic Universe as started in May of 2008 with ‘Iron Man 1,’” Marvel Studios president Kevin Feige said. “It really is an unprecedented culmination of a series of films interlinked together.”

The film will unify all of the movies that take place across different universes.

Feige added that the movie’s villain, Thanos, will show us why he’s the most frightening villain the Avengers have ever had to battle.

Downey posted a Facebook livestream directly from the set of “AIW” where he took questions from fans. That is where we saw Spider-Man, Tom Holland, whose face was covered in black dots used for CGI recognition. Star-Lord even dropped by.