As someone who practically has every single line memorized from Bad Boys 2, I love movies where Will Smith plays a cop. Don’t expect ball-busting from Detective Mike Lowery in Smith’s new Netflix cop thriller Bright, however. Smith plays a cop in some sort of post-apocalyptic Los Angeles hellscape that’s been overrun by criminal monsters. Like this shotgun-wielding Orc: 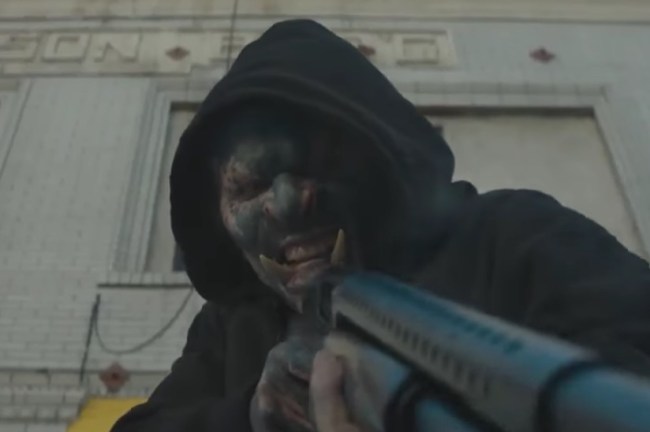 Directed by David Ayer of Fury and Suicide Squad, “Bright” is Netflix’s most expensive foray into feature films to date, according to Deadline. The pricetag? $90 million:

This is a game changer: Netflix’s Ted Sarandos got a big ticket feature, and he paid a premium for it. I’m told that Netflix will invest north of $90M in the entire package. That includes north of $3M for the Landis script, making it one of the largest spec deals for a writer in years. The film will cost around $45M to shoot, meaning that just about that much will be invested in talent fees, and also to buy out their back ends; while there could be a limited theatrical launch day and date, Netflix is doing this to serve subscribers to its streaming service in countries around the world and so there will be no backend residuals. This deal dwarfs by one-third the premium that Netflix paid to get the David Michod-directed War Machine, starring and produced by Brad Pitt.

The release date is still TBT.