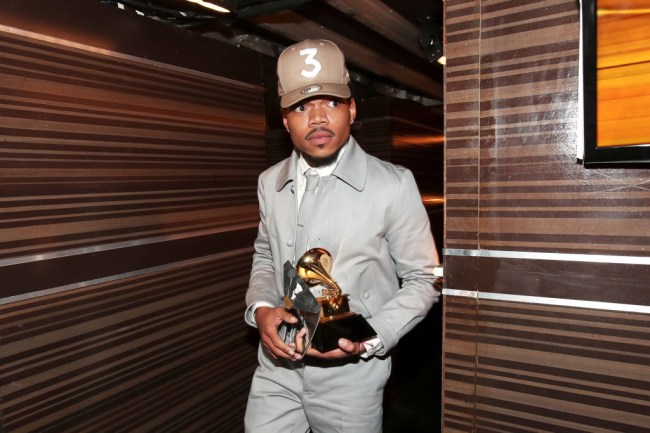 The way talking heads babble on TV and Twitter about Chicago, however, is like it’s war-torn Fallujah and not a part of America. Sure there are dangerous neighborhoods — But Chicago is the constant example used by the media to portray everything that’s wrong with inner-city America. Want gun control to stop mass shootings by lunatics at schools and churches? “IT DOESN’T STOP SHOOTINGS IN CHICAGO AND THEY HAVE THE TOUGHEST GUN LAWS IN THE COUNTRY!” You get the point.

Chance the Rapper is sick of his native city being used as an example of everything wrong with America. And he’s right! The reality is that Chicago is a pretty toddlin’ town. In an tandem interview with Jimmy Butler of the Chicago Bulls for ESPN The Magazine, Chance spoke his mind about how the perception of Chitown is far from the reality:

“I hope he’s coming in to do some type of federal overturn of our state and city budgets in terms of schooling and housing,” Chance begins, talking about what Trump should be doing when it comes to bettering the city of Chicago.” “I’m tired of n—–s talkin’ about Chicago like it’s a Third World country. Like, that it’s not a place of booming business with a very successful downtown and all types of new development.”

“It sounds like he was announcin’ he was going to war with Chicago,” Chance continued. “I don’t like to look at s— through that lens.”

I just think it’s hard to relate to the people here if you can’t relate to them. If you keep throwin’ ’em in a category that they’re violent, no matter if they change or not, they’re still going to be in that category.

You go down there and you change people’s lives. You make them want to do better for the next person. And that’s when Chicago is going to be a beautiful place, and nobody’s comin’ here talkin’ about how bad it is like he said, like a Third World country. ’Cause that’s not it.

Having had many-a wonderful time in Chicago, I completely commiserate with Chance here. For me, it’s kind of like when pretentious douchebags talk about Philly because of news stories about throwing snowballs at Santa or puking or whatever. Then these people go to Philly and have their minds blown by a Dinic’s Roast Pork Sandwich or a Sonny’s Cheesesteak and say “hey, this place isn’t so bad after all.”