Woman Records Her Husband Snoring For 4 Years, Remixes It Into ‘Despacito’, Breaks The Internet 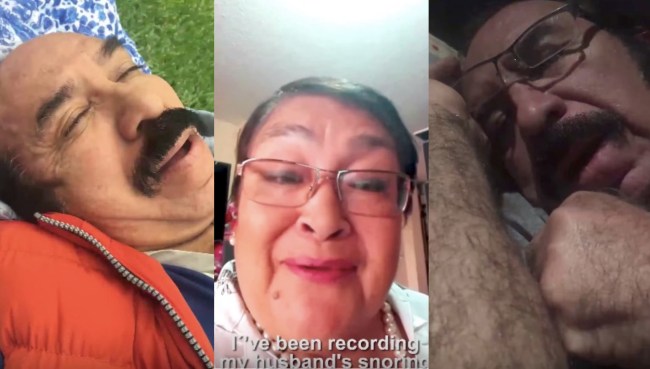 We’ve got a good ol’ fashioned viral video on our hands here. Yup, this is some bonafide virality right here. This cute old lady recorded her husband snoring for 4 long years. Then, with the help of her nephew, she remixed those snores into Justin Bieber’s ‘Despacito’ and uploaded the clip to YouTube.

This clip picked up a casual 555,000+ views overnight after hitting websites like Reddit and it’s well on its way to 1 million views. If you’re questioning why anyone would give two flying farts about a video of an old man snoring, just watch the clip and you’ll see because this is magical:

Somewhat related, ‘Despacito’ just broke the record and is now officially the ‘most streamed’ song in the history of the Internet:

I feel like the days of truly viral videos are dying, if not already dead. Vine stars like Logan Paul and YouTubers with millions of subscribers have been incrementally killing the Viral Video for years by boxing out the little guys inch by inch. Every now and then we see the cream rise to the top when a clip like this pops up, mostly thanks to user voted aggregators like Reddit’s r/videos, but it’s a shame that clips no longer go viral on YouTube anymore based strictly on merit.